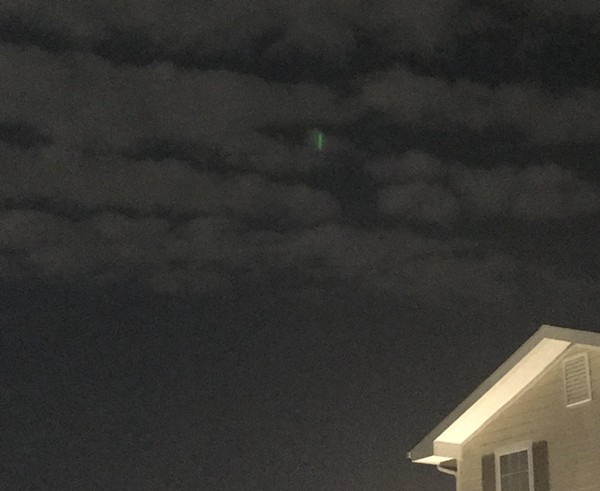 First coronavirus, then murder hornets, and now ... is an alien invasion the next catastrophe?
Some San Antonians noticed an ominous green light in the sky Wednesday night, and wondered if that may just be the case According to KSAT, several viewers reached out to report the strange phenomenon to the station.

A couple weeks ago I saw a UFO in the sky over San Antonio. Now someone else is also seeing something weird up there #UFO #ufos #alien https://t.co/Tq7BRHSQrT

For all the excitement, though, it looks like the Alamo City isn't the site of the next alien invasion. The light was actually a beacon created by Southwest Independent School District to honor graduating seniors. (Sorry, Whitley Strieber fans.)

"These unprecedented times have caused our Seniors and their families to miss many special moments they have rightfully earned," Superintendent of Schools for Southwest ISD Lloyd Verstuyft told KSAT. "We hope this light serves a beacon of hope for the bright future they have ahead."

The "Project Bright Future Class of 2020 Beacon" is currently at the SWISD transportation building but will be moved Sunday. The green beam will be alternated between area high schools until June 6.

While we're lacking in extraterrestrial action, maybe the upside is San Antonio has plenty of school spirit and pride in the class of 2020.