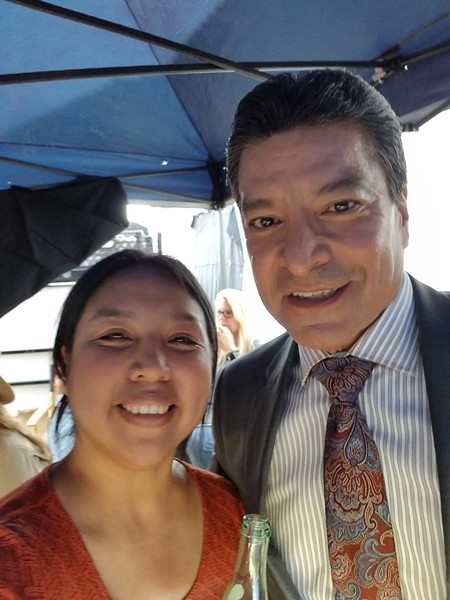 When Amelia Rico was five years old, her mother walked in on her sobbing in front of the mirror. When she asked her daughter what she was doing, Rico was more than willing to tell her.

“I told her that I was practicing crying,” Rico told the Current during an interview last week. “Tears were pouring down my face. That’s always something I’ve been able to do.”

In the last five years, Rico, who is originally from San Antonio and now lives in Houston, has been able to use her natural ability to land roles in several short projects and in the award-winning feature drama Rich Kids, which is currently streaming on Netflix.

On Sunday, July 26, Rico, a Brackenridge High School and University of Houston graduate, will take her talents to the next level when she makes her network television debut on the neo-western drama Yellowstone on the Paramount Network.

Yellowstone follows the conflict between a group of cattle ranchers, Native Americans and land developers who all share a border with one another. The series stars Oscar winner Kevin Costner (Dances with Wolves), Wes Bentley (The Hunger Games) and San Antonio native Gil Birmingham (Hell or High Water).

In “All for Nothing,” the title of the sixth episode of the season, Rico stars as Dana Whitefeather, an indigenous mother whose teenage daughter disappears from their reservation.

According to the National Crime Information Center, there were 5,712 reports of missing American Indian and Alaska Native women and girls in 2016. The U.S. Department of Justice, however, only logged 116 cases into the federal missing persons database.

“The story is that I’m looking for my daughter,” said Rico, who was able to trace her own indigenous roots back to South America but hasn’t been able to identify a specific tribe just yet. “The whole episode is really giving voice to that horrible epidemic of these Native American women who go missing and end up being killed with no justice happening.”

It’s an emotional scene that Rico tapped into by “staying in the moment.” The production team helped by asking her to bring real family photos to use as props on the set.

“I was able to look at those photos of my real-life kids and real-life mom and imagine what it would be like not to be able to find my daughter,” she said. “I’m a very empathetic person, so I’m able to find that emotion and key into those feelings. At the end of that shoot, I was so exhausted, but it was magical.”

Now that she has experience her biggest moment as an actor thus far, Rico looks forward to continuing to audition for roles. She hopes one day to land a recurring part on a TV series, but knows she still has some work to do before she gets there.

“I jumped a huge tier getting to co-star on Yellowstone,” she said. “But I think this is just the beginning.”

“All for Nothing” will air on Paramount Network at 8 p.m. Sunday, July 26.