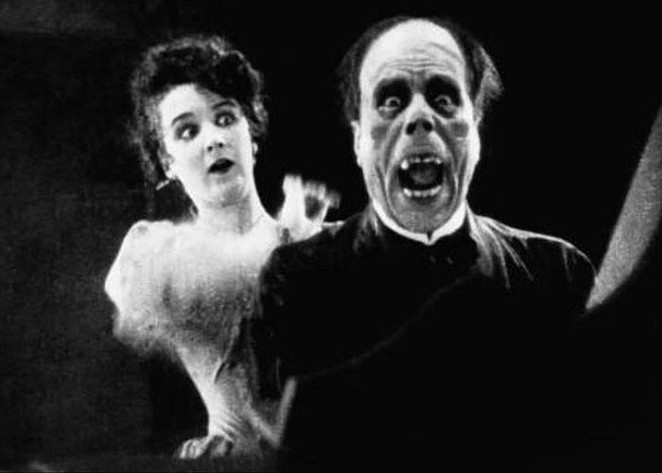 National chain AMC Theatres announced Thursday it will sell tickets for 15 cents a pop when it reopens more than 100 of its movie houses next week.

“As our guests return on our first day of resumed operations on August 20, we invite them to join us in celebrating a return to the movies, and in celebrating 100 years of AMC making smiles happen with movies at 1920 prices of only 15 cents each,” CEO Adam Aron said in a statement.

Since the 15-cent tickets are only available opening day, that means SA-area moviegoers won’t benefit from the savings. AMC Rivercenter and AMC CLASSIC Boerne aren’t scheduled to open until August 27, a week later.

Cue the shocked reaction from the 1925 version of Phantom of the Opera.

Also worth noting, the promotion only includes older films such as Ghostbusters and Back to the Future, so it’s not like moviegoers were going to get to watch Russell Crowe go road-rage insane in his new film Unhinged for 15 cents. That’s worth, at least, a whole quarter.

And, yes, we’ve seen the movie already. Come back for our review next week.

Showtimes and movie listings aren't yet available yet at the AMC website for AMC Rivercenter and AMC CLASSIC Boerne, so check keep checking back.