It’s been 20 years since action star Michelle Rodriguez (The Fast and the Furious) made her film debut with the independent boxing drama Girlfight. Now, she’s taking off her gloves to offer President Donald Trump a compliment – well, not really.

“I’m really grateful for Donald Trump,” Rodriguez told the Current this week during a phone interview to talk about her new documentary Stuntwomen: The Untold Hollywood Story. “I realized that the man has done more good than bad – by being an idiot.”

Rodriguez, who was born in San Antonio and lived here until the age of 6, is grateful for Trump for one reason and one reason only. She feels like he “started a revolution.”

On January 21, 2017, Rodriguez was one of the approximately 470,000 men and women who participated in the Women's March on Washington, which took place the day after Trump’s inauguration. Marchers congregated in support of human rights and against the election of Trump. 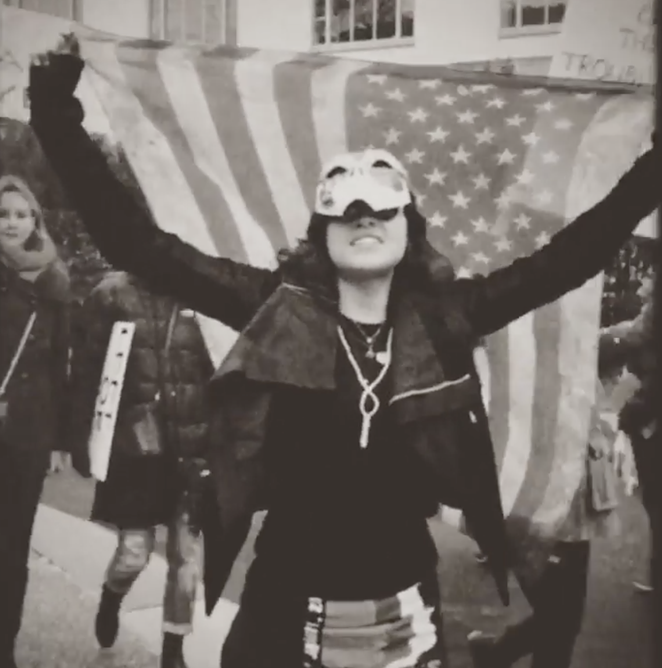 Since the march, Rodriguez has worked with several charities, including the Taino Warriors who help Puerto Rican communities with infrastructure, agriculture and education; Red Nose Day, a campaign to end child poverty; Fashion for Relief, a charitable organization that raises funds for environmental and humanitarian causes; and amfAR, the Foundation for AIDS Research, which she has supported throughout her career.