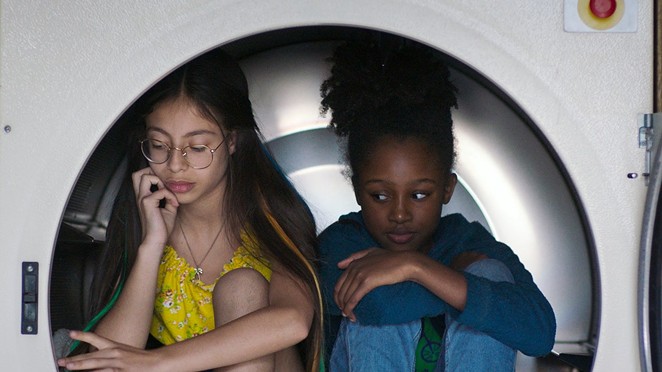 Like the iconic, prehistoric sea monster Godzilla that destroys Tokyo, Sen. Ted Cruz of Texas, or #Cruzilla, is on a relentless rampage through Hollywood.

Between trolling the cast of The Princess Bride on Twitter and introducing legislation to block U.S. movie studios from accessing government funds if they “alter content to suit Chinese censors,” Cruz found time to send a letter Friday to U.S. Attorney General Bill Barr requesting that the Justice Department look into a French film recently released by Netflix.

The GOP senator argued that the coming-of-age foreign film Cuties, which the Current recently called “a thought-provoking cautionary tale,” “sexualizes young girls, including through dance scenes that simulate sexual activities and a scene exposing a minor’s bare breast.” He wants the DOJ to investigate whether Netflix “violated any federal laws against … child pornography.”

It's worth noting that, contrary to Cruz’s letter and online rumors, Cuties does not feature underage nudity.

Following @netflix’s disturbing promotion of “Cuties,” I sent a letter calling on @TheJusticeDept to investigate whether Netflix, its executives, or the filmmakers violated any federal laws against the production and distribution of child pornography. pic.twitter.com/P7wLXixU6X


The award-winning film tells the story of Amy (Fathia Youssouf Abdillahi), an 11-year-old Senegalese girl who joins a provocative dance clique at her school and finds solace away from her conservative Muslim family. The film marks the debut of Black French-Senegalese writer-director Maïmouna Doucouré, who explained the inspiration behind the film and why she chose to speak out against the sexualization of children through cinema in an interview with Time Magazine.

Despite Doucouré’s admirable intentions, critics such as Cruz don't appear to be hearing it and have made #CancelNetflix a trending topic in recent days. The controversy started last month when Netflix released a poster of the movie, which depicted the young characters in compromising dance positions on stage. Netflix apologized and said the poster, which was different from the French version, didn’t accurately represent the film.

“We’re deeply sorry for the inappropriate artwork that we used for Cuties,” Netflix tweeted. “It was not OK, nor was it representative of this French film which won an award at Sundance. We’ve now updated the pictures and description.”

It's unclear whether Cruz actually saw Cuties before railing against it. However, if he did, he might have seen that he and Doucouré are on the same side and fighting for the same objective. Both see the sexual exploitation of children as a worldwide problem and consider the use of social media by kids of such a young age as the root cause of many online and real-world threats.

With Cuties, Doucouré is combating the exact thing some have accused her film of perpetrating. If detractors took the time to see the film and read or watch a few interviews with Doucouré to learn about her vision, maybe they would see that stories like this – as uncomfortable as they are to watch – are necessary. And when a film is as emotionally resonant and well-made as Cuties, it should be welcomed, not persecuted for something it's clearly not.