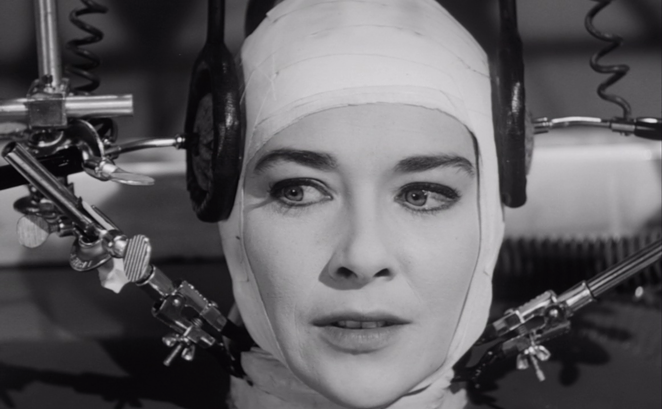 Slab Cinema is pivoting from the French New Wave to buckets of blood — literally.

The series of black and white pulp horror continues with Joseph Green's The Brain That Wouldn't Die on October 7 and Herk Hervey's Carnival of Souls on October 14, followed by Roger Corman's star-studded The Terror — which features a young Jack Nicholson alongside horror legends Boris Karloff and Sandra Knight — on October 21.

Because it's not really halloween without a heaping helping of zombies, the screenings wrap up on October 28 with the film that started the walking corpse craze: George Romero's Night of the Living Dead.

To maintain social distancing, a limited number of tickets are available for each movie. Patrons will need to bring their own chairs and blankets, but food and drinks will be available for purchase on site.