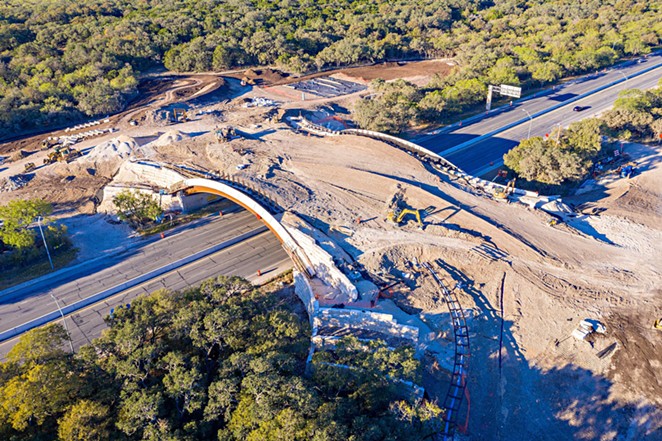 After years of planning and debate, the land bridge connecting Phil Hardberger Park from east to west will be open to the public on Friday, December 11.

"The opening of Robert L.B. Tobin Bridge is a meaningful and symbolic moment in a year when our community has faced great hardship," former San Antonio Mayor Phil Hardberger said in a press release.

The 150-foot long land bridge is the first in the world designed for safe passage for both people and wildlife. Over time, the natural crossing will be enhanced by the maturation of native plants, trees and grasses, providing pedestrians and animals the experience of passing over a peaceful hill. 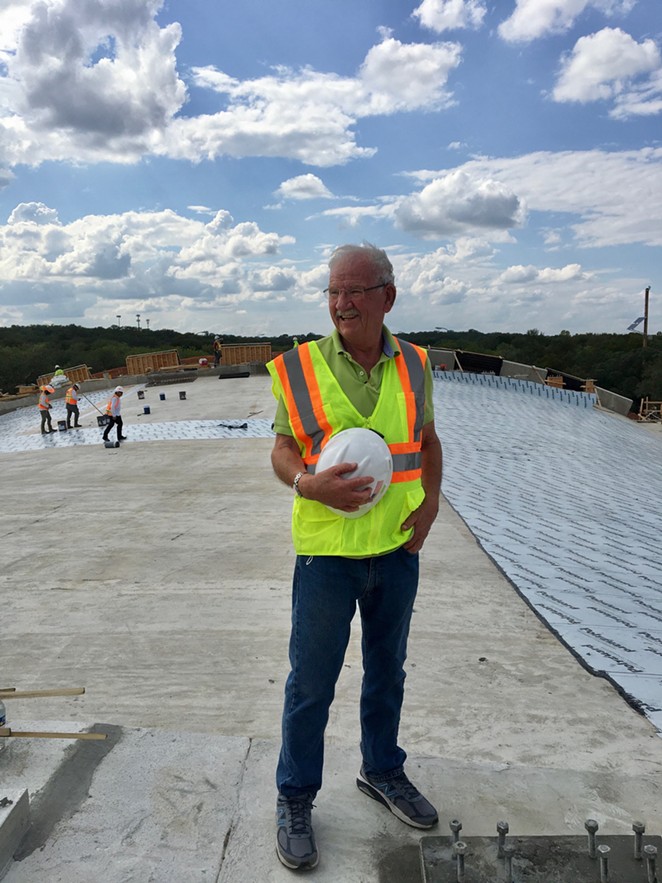 Hardberger spearheaded development of the bridge after the land was purchased in 2007. He envisioned a natural unification of the 330-acre park dissected by the six-lane Wurzbach Parkway.

"We have animals living on both sides of the park that were not meant to live on one side or the other," Hardberger said in a San Antonio Public Works video. "To make animals want to go across it and feel at home, they've got to feel dirt under their hooves and have plants around them that they can eat."

In what will be the largest wildlife crossing in the United States to date, making a path for deer, raccoons and coyotes to safely move through the park, the $23 million project swirled in controversy at its beginning.

Opponents of the land bridge argued funds could be better spent on more basic projects like street construction, drainage and potholes, ridiculing the so-called "critter bridge."

That came to an end when voters approved $13 million in funding in May, 2017, with the other $10 million sourced from private donations. Hardberger said, beyond its physical use, a bridge is about bringing people together.

"It's been ten years of work, three years of construction, votes in the bond, discussion in City Council," the former mayor recalled. "What I see now is the culmination of all that coming together."

Next week, pedestrians will get to walk across the long-anticipated land bridge and experience its natural features like wildlife viewing blinds and a Skywalk that gradually ascends through the treetops leading to the bridge.

"I am tremendously excited to see explorers of all ages and from all parts of the city make their way across for the first time," Hardberger said in a statement.

While there will not be a formal opening ceremony due to COVID-19 concerns, visitors can cross the bridge after 1 p.m. to commemorate the event. The bridge will remain open for use until the park's closure at sunset.