Possessor is masterfully complex, and director Brandon Cronenberg has the potential to exceed his father’s legacy 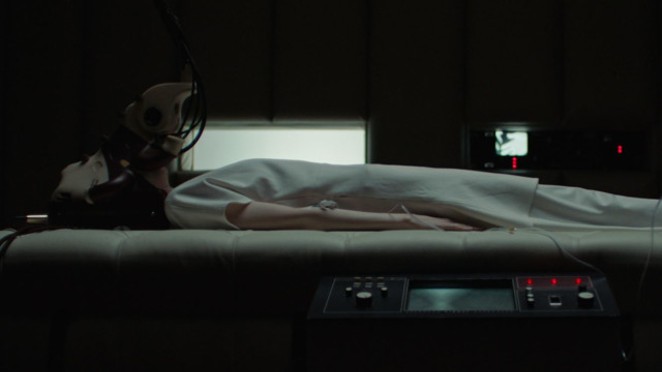 Brandon Cronenberg (acclaimed cult director David Cronenberg’s son) second film, and first since 2012, is an uber-violent descent into high-tech madness that likely will surprise fans with its emotional depth.

“Possessor,” which is now available ‘uncut,’ meaning all the gory goodness is intact, is a cyberpunk masterpiece about a corporate spy/assassin, Tasya Vos (Andrea Riseborough), who is adept at using top-secret technology to literally inhabit the body and mind of anyone her employer chooses. This cool trick isn’t without some very real consequences, namely the risk that Vos might lose her sense of identity and possibly her life if she stays inside another person for too long.

It’s not surprising in the least that young Cronenberg chooses to explore complex medical and scientific experiments as well as the fallout from people who play God. Such ideas are at the core of some of his father’s best work.

But, dare I say, Brandon has the potential to exceed his father’s legacy. “Possessor” is a high-concept tightwire act done right. It’s thrilling, devastating and bloody as hell. 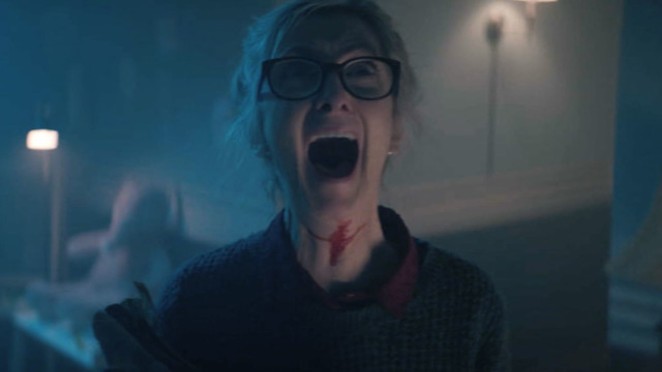 Anything for Jackson
4 star(s), 97 minutes, Shudder

One of the best festival films from 2020 is now available exclusively on the Shudder streaming platform, and fans should not miss out. “Anything for Jackson” is thrilling and subversive, a wonderfully askew take on the traditional satanic cult fare that dominated movie screens in the 1970s and early 1980s. It’s also packed with dread, legitimate scares and some of the most original ghost characters that we’ve seen in years. 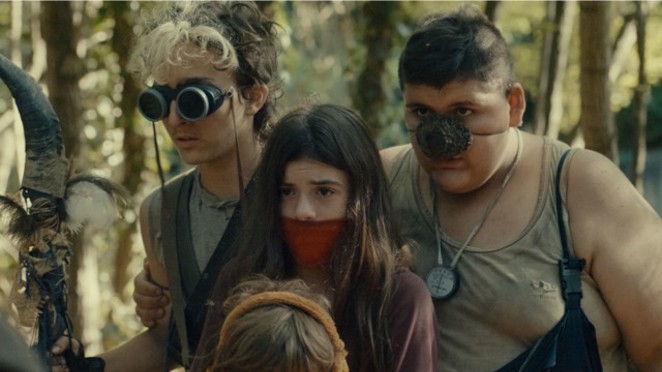 The third film from Turkish director Can Evrenol, “Girl With No Mouth,” is a marked deviation from his previous work, “Baskin” and “Housewife,” but his distinct style and penchant for shocking bursts of violence remains intact.

If not for that violence, “Girl With No Mouth” is the kind of fantasy fairy tale that would seem custom-designed to educate children about the right qualities to imbue—acceptance, loyalty and belief in oneself.

Set years after an incident at The Corporation, the surviving residents of a small-town grapple with debilitating birth defects that have left all children impaired. Perihan (Elif Sevinç) was born without a mouth, and she covers the harsh scar tissue where her lips should be with a scarf.

When her father is killed by her uncle, who works for The Corporation, Perihan escapes and finds refuge with three other children, Kaptain (Denizhan Akbaba), Yusuf (Özgür Civelek) and Porsuk (Kaan Alpdayi), who were born without eyes, a nose and ears, respectively.

Imagine “Peter Pan” if The Lost Boys were all dealing with physical deformities, yet they never stopped to complain or cry unfair. They just accepted what had happened and tried to make the best of it.

“Girl With No Mouth” is wonderfully bizarre and surprisingly heartfelt, and it provides further proof that Evrenol is one of the most inventive and original directors working today. 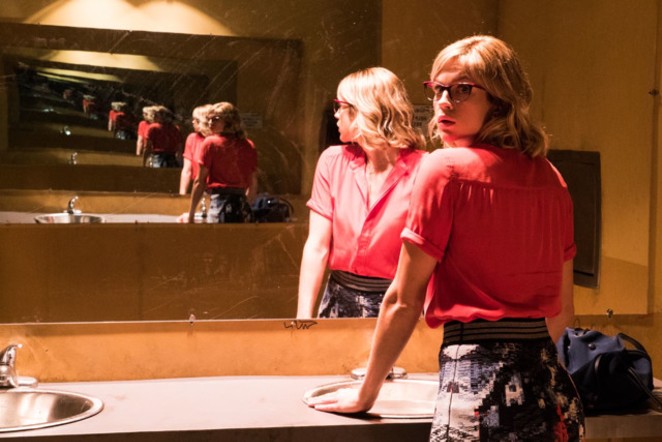 I’ve said it before, but it bears repeating: Time travel is one of the most difficult film genres when it comes to sticking the landing because there’s just so much pressure on a filmmaker to be disciplined and precise enough to follow their own established rules. There’s a reason why 35 years after “Back to the Future,” people still point to that film as being one of the gold-standards for time travel done right.

“Parallel,” the latest from director Isaac Ezban, deals more specifically with alternate, parallel universes, but it still falls within the same framework. In Ezban’s movie, four tech-y friends and app developers discover a magical mirror that serves as a portal to a mirror world that is similar, but not exactly so, to our own reality.

While I enjoyed “Parallel,” and appreciated that Ezban chose to explore some new ethical issues outside of the basic "crib the lottery numbers and become a millionaire" exploits that usually form the core of such movies, I still wanted more, especially in the too neat and tidy third act. “Parallel” does get major props for considering the ramifications of what might happen if you literally swapped a person from one reality to another without their knowledge.

If Ezban had focused more on such lofty hypotheticals and less on creating distinct villains and protagonists, “Parallel” might have been an instant cult classic. As it is, though, it’s definitely worth your time to rent and enjoy.

While imitation may be a form of flattery, I’m curious where intellectual theft falls on the scale when it comes to a first-time director basically taking another artist’s work and repurposing it as their own.

Writer-director Ryan McGonagle doesn’t so much steal the entire construct of Michael Dougherty’s 2007 classic “Trick ‘r Treat,” as he just blatantly copies large chunks of Dougherty’s movie, right down to its iconic, evil imp, Sam. In “Black Pumpkin,” McGonagle gives viewers his own iteration, called Bloody Bobby, who terrorizes different groups of children and adults and exacts gory vengeance when they fail to follow the rules of Halloween.

Sound familiar? It should.

McGonagle’s movie even includes an extended sequence with a young boy who ignores all the warnings about checking his candy before eating, which completely rips off an identical scene from “Trick ‘r Treat.”

Imagine if you got your friends together and decided to make a movie about a trio of inept bank robbers who decide to literally steal from the devil by robbing the bank where Old Scratch keeps all his money?

It probably wouldn’t matter whether any of those friends could, you know, actually act. And it probably wouldn’t matter that your special effects budget was limited to a pair of fake horns and some black greasepaint to make the devil’s eyes appear sunken in his skull. But it should matter, especially when you’re charging $13 for a DVD, $8 for a digital purchase or $2 to rent.

In fact, there should be hell to pay if you knowingly release a movie that never should have been seen outside of an at-home viewing party for the cast and crew.

Pink Floyd Delicate Sound of Thunder Turn down the lights, dig out your magic mushrooms and revel in this cinematic concert experience by one of the best bands of all time, now available to stream.

Arthur & Merlin: Knights of Camelot The umpteenth telling of King Arthur’s adventures, which gets a boost from Richard Brake (“Game of Thrones”) as Merlin, is now available to stream or buy on DVD.

Hawaii Five-O: The Complete Series The CBS procedural machine produced this tepid remake of your father’s favorite show from the ‘70s, and now you can buy the entire series on a deluxe, 60-disc set just in time for the holidays.

Raining in the Mountain This 1979 Asian cinema classic gets a proper Blu-Ray release from Film Movement.