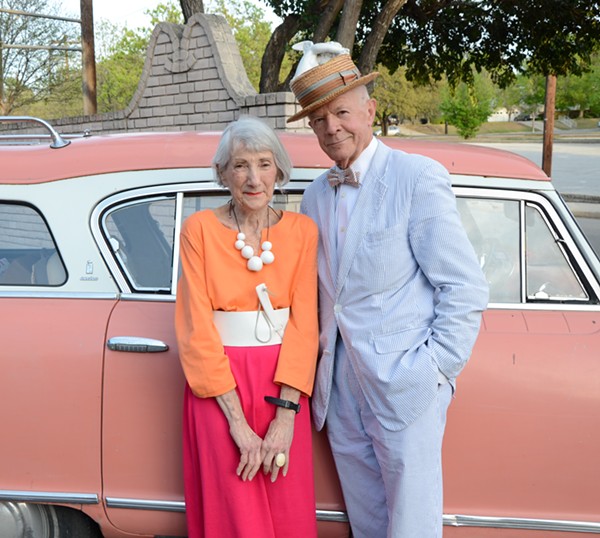 According to her obituary, she passed away at home on January 24.

Long before she made her mark as Tree Trunks, a yellow-green pygmy elephant who sometimes accompanied Adventure Time's protagonists Jake the Dog and Finn the Human on the series' titular adventures, Livingston was well known in Texas as a fixture in the arts world. She was cast in the series by creator and San Antonio native Pen Ward.

"She had a wonderful and unmistakeable voice and was always a joy to have in recording sessions. Polly Lou really liked playing [Tree Trunks] and she'll be sorely missed," Adventure Time showrunner Adam Muto said in a tweet on Thursday.

In a 2009 column for the Current, William Jack Sibley waxed poetic about Livingston's one-of-a-kind voice:

"Somewhere between a hinge in quest of lubricant and Blanche Dubois as channeled by Olive Oyl, there’s no other tonality quite like it. Spending an afternoon listening to Polly Lou’s funny and irreverent stories about growing up in the small, tight-knit Jewish community of Victoria, Texas, her stagestruck mother, her party-catering days, and life in the fledgling Texas art scene, makes one feel as if you’re suddenly in the presence of a genuine Lone Star Auntie Mame (or perhaps the love child of Eudora Welty and George Burns)."

Known for her effervescent style, she was voted Best-Dressed Woman in the Current's 2014 Best of San Antonio issue. "Clothes have personalities. The outfit tells me what it wants at a particular time ... and I do what it says," she told the Current at the time.

In lieu of flowers, Livingston's family has requested that donations be made in her name to Texas Performing Arts at The University of Texas at Austin or The Elephant Sanctuary in Tennessee.

A virtual memorial service will be held at Temple Beth-El at 4 p.m. on Sunday, February 21.