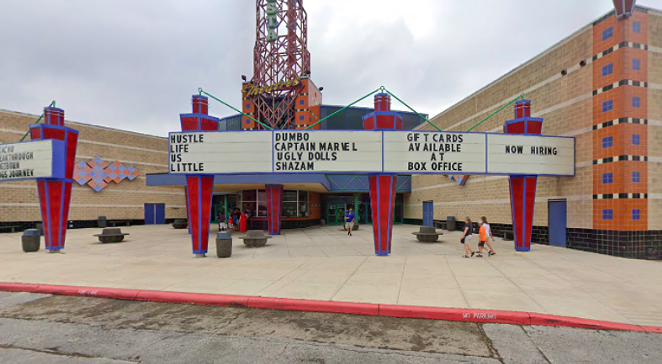 Weingarten Realty, the owner of the Fiesta Trails shopping center, which houses the cineplex, confirmed the closure to the daily, saying it plans to repurpose the building.

The colorful theater, located at 12631 Vance Jackson Road, opened in 1996 during a surge of development in Northwest San Antonio.

It grabbed attention for having the city's largest number of screens at the time and for being the first local cinema with stadium seating — something that's since become standard.

However, roughly 10 years ago, Regal stopped showing first-run flicks at the aging property and transitioned it into a dollar theater.

In October, Regal announced that it had temporarily closed all its theaters due to the "challenging theatrical landscape and sustained key market closures due to the COVID-19 pandemic." It still has five other San Antonio cinemas.

Movie chains nationwide have struggled to rebuild attendance during the COVID-19 crisis, and studios increasingly release films to streaming services at the same time as they hit theater screens.