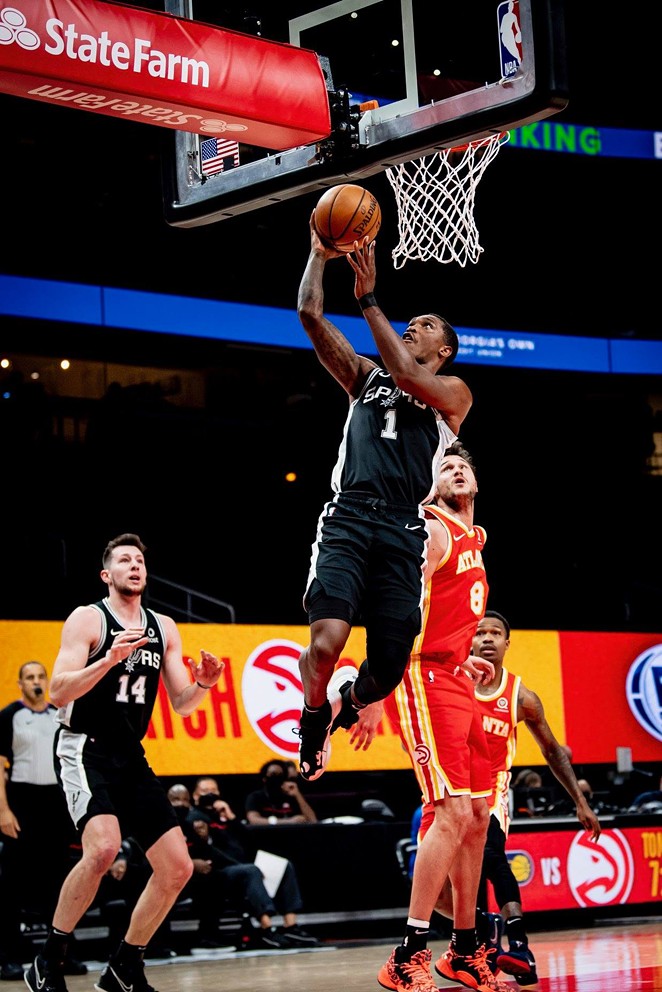 Back in January, when the Spurs and Thunder clashed in Oklahoma City, Spurs guard Lonnie Walker IV led all scorers with 24 points in a 112-102 victory for San Antonio.

Walker shared the offensive load with five other Spurs who scored in double figures, including Dejounte Murray who finished the night with 16 points, 5 rebounds, and 7 assists.

Murray has been a revelation for the Spurs this season, averaging career highs in points, rebounds and assists, all while looking fully healthy for the first time in three seasons. His eight steals against the Golden State Warriors on February 8 sparked a signature win in which Murray also contributed 27 points, 10 rebounds and 4 assists — and sank the game clinching jumper.

As stalwart Derrick White is integrated back into head coach Gregg Popovich’s starting rotation, San Antonio’s talented backcourt continues to evolve. With Murray at the reins and Walker in the wings, the future looks bright at the guard positions for the Spurs.