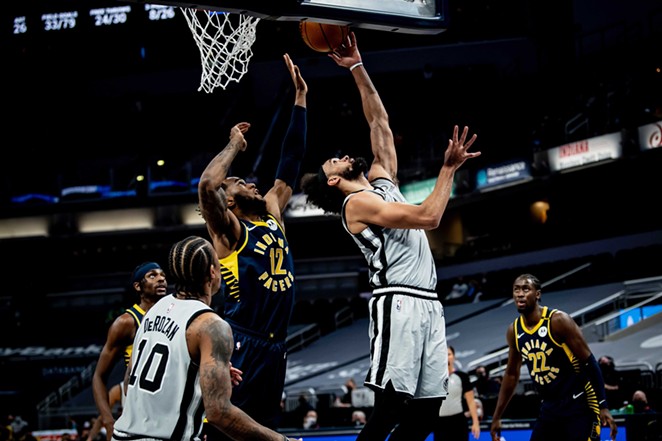 After an unlikely run to the Finals in the NBA Bubble, it’s been a challenging stretch for the Miami Heat.

Earlier this season, the team endured its first six-game losing streak since 2017, and injuries to key personnel along the way — including Bam Adebayo, Jimmy Butler and Goran Dragic — have led to creative lineups for Heat coach Erik Spoelstra. Miami’s acquisition of two-time All-Star Victor Oladipo, who recently sat out a four-game road trip with a knee injury, remains a question mark for a team intent on returning to the Finals.

With the league implementing a play-in tournament for the seventh and eighth playoff seeds in each conference this season, a post-season bid remains in play for Spurs.

As the regular season winds down amidst a brutal schedule, San Antonio’s margin for error narrows considerably. Contributions from DeMar DeRozan, Dejounte Murray and Derrick White will once again prove critical for the Spurs at the finish line.