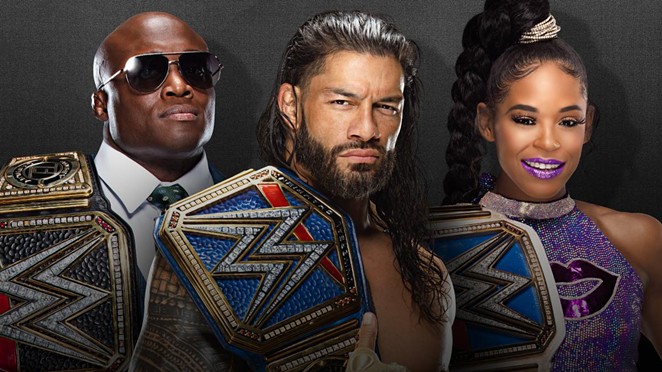 World Wrestling Entertainment's Monday Night Raw is headed back to San Antonio for the first time since the pandemic put a sleeper hold on live events last year.

The bout will rumble into the AT&T Center on Monday, August 16 as part of a 25-city tour that marks WWE’s return to live audience shows. A January 20, 2020 Monday Night Raw was the last WWE event held in the Alamo City.

Tickets go on sale June. 11, according to the WWE’s website. Prices aren't yet available.