The Spurs' Patty Mills is a nominee for the NBA's community service award, and fans can vote 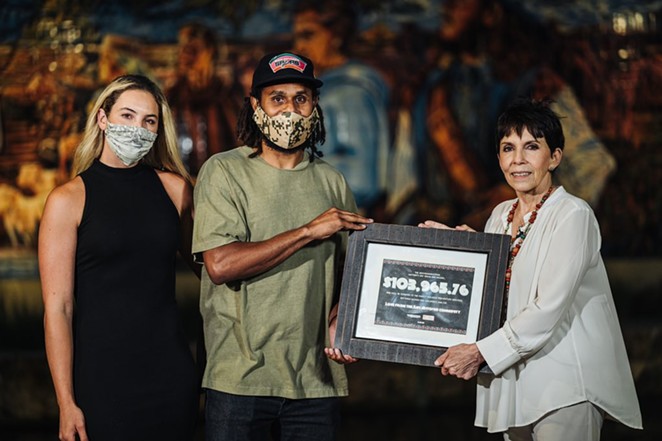 Spurs guard Patty Mills has stepped up big for for the communities in San Antonio and in his homeland of Australia. As a result, he's one of 10 finalists for the 2020-21 NBA Cares Community Assist Award.

Fan votes and an NBA executive panel will determine who wins the award, and voting via two separate social media platforms will run through Saturday, June 19, at 11:59 p.m. EST.

The winner will receive a $250,000 donation from the league and Kaiser Permanente, which will go to an organization of the player's choosing. The victor will also receive a plaque named for Spurs great David Robinson, also known for his towering community contributions.

Fans can vote via Jebbit, a mobile platform focused on data collection. They can also vote on Twitter by tweeting #NBACommunityAssist, along with a player’s handle or their hashtagged first and last names — @Patty_Mills or #PattyMills, for example.

Votes cast on Jebbit then reposted on Twitter count as two separate votes. Retweets will also be counted.