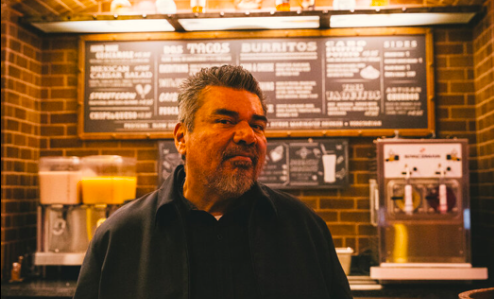 Standup comic George Lopez may not be able to sell out a three-week San Antonio run like Gabriel "Fluffy" Iglesias, but he's still booked for here for two nights this winter.

Lopez's OMG HI! Comedy Tour will take him to the Majestic Theatre Friday, December 3, and Saturday, December 4, according to an announcement from the venue.

The Grammy-nominated comedian rose to national attention with his 2000s-era eponymous TV sitcom, and has tried his hand at being a late night host, an author, a restauranteur and a podcaster. He remains a San Antonio favorite.

Presale tickets for both nights will be available Wednesday, June 16 at 10 a.m. Pricing information isn't yet available for the two 7 p.m. shows.