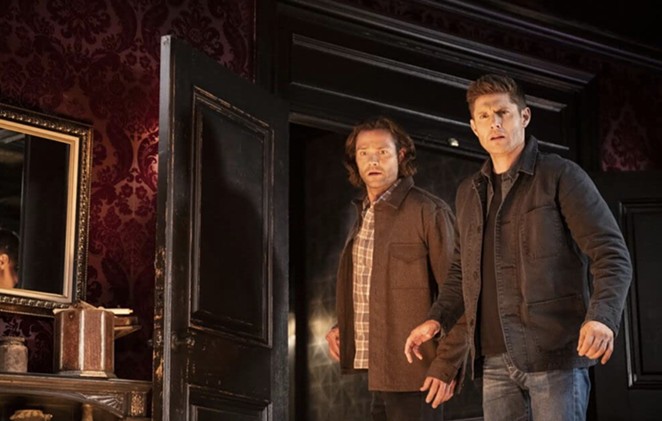 If you thought the drama was over with Supernatural's fall 2020 finale, well, you were wrong.

Not only is a new spinoff series in the works at the CW, but one of its original stars has been left out in the cold.

On Thursday, Jensen Ackles, who starred as Dean Winchester in Supernatural, tweeted a link to an article on Deadline without comment.

According to the Deadline piece, Ackles and his wife Danneel, who was a recurring guest star on Supernatural, are co-producing a prequel spinoff series centered on Dean and Sam's parents, called The Winchesters.

But it looks like one member of the family isn't included in the new venture.

Not only does it seem that Jared Padalecki, who played Sam Winchester for Supernatural's 15 season run, wasn't consulted in the process of the spinoff's development, Ackles' tweet was apparently how he found out about it.

"Dude. Happy for you," Padalecki said in a quote retweet of Ackles' announcement. "Wish I heard about this some way other than Twitter. I’m excited to watch, but bummed that Sam Winchester had no involvement whatsoever."

Dude. Happy for you.
Wish I heard about this some way other than Twitter.
I’m excited to watch, but bummed that Sam Winchester had no involvement whatsoever. https://t.co/bAcEvFKM7p

As fans began to voice their disbelief, Padalecki confirmed suspicions in a follow up tweet. "This is the first I’ve heard about it. I’m gutted," he wrote.

NO THIS IS TOO MUCH WHAT pic.twitter.com/1gQACz9hCp

Though Padalecki's noninvolvement may simply be an oversight, it's hard to ignore the possibility of a snub based on the spinoff's details.

Although the series will focus on how Sam and Dean's parents met (presumably long before the boys were born), according to Deadline, Ackles will return to reprise his role as Dean, serving as a narrator for the show.

“After Supernatural wrapped its 15th season, we knew it wasn’t over. Because like we say in the show, ‘nothing ever really ends, does it?'” Ackles told Deadline.

But it looks like one thing ended before it ever began: Padalecki's inclusion in the project.