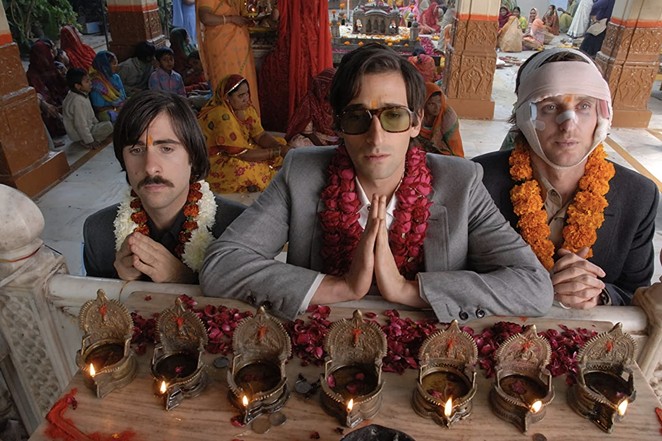 Get ready for whimsy in the park with this sundown screening of accessible auteur Wes Anderson’s 2007 film.

By the time The Darjeeling Limited was released, Anderson’s stylistic quirks were well known, and they’re certainly on display in this colorful film.

A family that’s quirky and lovable? The plot revolves around the reunion of three estranged brothers played by Adrian Brody, Jason Schwartzman and Owen Wilson — the latter two of whom are Anderson stalwarts.

Anderson’s films typically reference past art and culture, and Darjeeling includes not just classic rock from the Rolling Stones and The Kinks but also scores from classic Indian cinema.

The film was generally well-reviewed, particularly in comparison to Anderson’s previous work, the divisive The Life Aquatic with Steve Zissou.

And speaking of The Life Aquatic, that one starred cinema legend Bill Murray, another Anderson regular. Is he in Darjeeling? No spoilers, people. If you don’t know, just hit the showing.