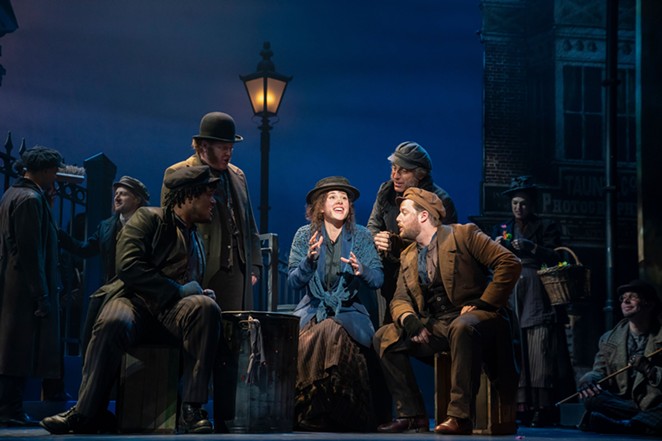 The Lincoln Center Theater's acclaimed production of Lerner and Loewe's My Fair Lady is coming to the Majestic Theatre in September, making it the first touring Broadway production to return to San Antonio post-pandemic.

And hey, after being stuck in our houses for the best part of the last year, we all could use a little training on how to behave properly in greater society.

Tickets for the touring musical go on sale at the end of the week.

Based on George Bernard Shaw's play Pygmalion, the iconic musical starred Julia Andrews as Eliza Dolittle in its original Broadway run. In the musical, Eliza, a cockney flower girl with a thick accent, takes elocution lessons from noted phonetician Henry Higgins so that she can learn to speak like a "proper lady."

The Lincoln Center Theater's production of My Fair Lady was nominated for multiple Tony awards and won five Outer Critics Circle Awards for as an accomplished musical revival.

Tickets for My Fair Lady will be available starting Friday, July 9 at 10 a.m.