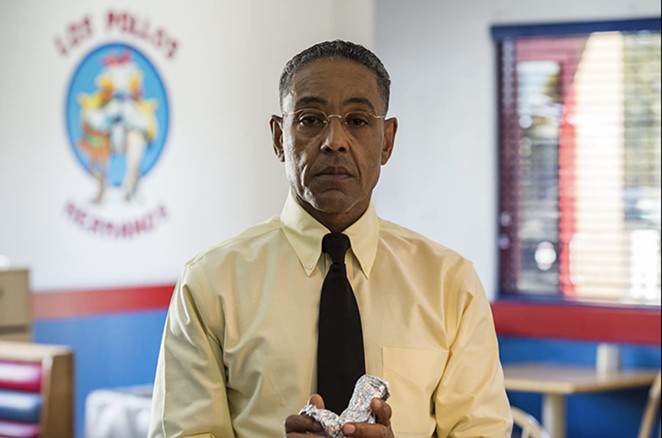 After canceling its fall 2020 show due to the pandemic, Big Texas Comicon is returning to the Henry B. González Convention Center in October.

The pop-culture convention is slated for October 8-10, and will bring in a variety of celebrity guests.

Headlining is Giancarlo Esposito, known for his roles in Breaking Bad, Better Call Saul and The Mandalorian. Also appearing is transformative performer Doug Jones, who starred in The Shape of Water, Hellboy and Pan's Labyrinth under heavy layers of SFX makeup. Charmed actors Holly Marie Combs and Brian Krause, along with pro wrestlers Kurt Angle and Christian Cage are also scheduled to appear.

Amid the current surge of COVID-19 cases in San Antonio, local fans may be feeling burnt, especially after Celebrity Fan Fest's last-minute cancellation in July. However, Big Texas Comicon's organizers said they're committed to holding their fall event.

"Big Texas Comicon will follow all necessary health protocols required by the City of San Antonio and have zero plans to cancel," a July 30 post on the con's Facebook page reads. "Should any guest cancel, any photo ops will be refunded immediately and a comparable guest will be booked."