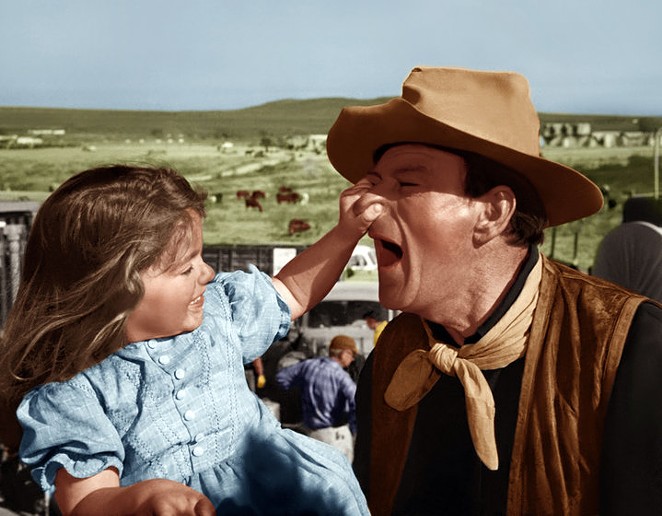 In conjunction with its current exhibition “Still in the Saddle: A New History of Hollywood Westerns,” the Briscoe Western Art Museum is welcoming Aissa Wayne, the daughter of legendary Western actor and Oscar winner John Wayne (True Grit).

During the event, Aissa Wayne will share stories about what it was like having the Duke as a father and the memories she cherishes from her time on movie sets with him. This includes a handful of 1960s films she also appeared in as a child, including The Alamo, The Comancheros, Donavan’s Reef and McLintock!

In 1998, Wayne released the book John Wayne: My Father about her dad’s childhood, film career and life outside of the spotlight.

“My father is vast, endearing, courageous, caring, tenacious and vital,” Wayne wrote. “Still, he is not the faultless hero who strode through my early childhood.”

After the conversation, attendees are invited to go on a guided tour with Wayne and guest curator Andrew Patrick Nelson.

Wayne, 65, a retired lawyer, lives in Los Angeles with her husband Scott Conrad, who won an Oscar for Best Editing for the 1976 film Rocky.