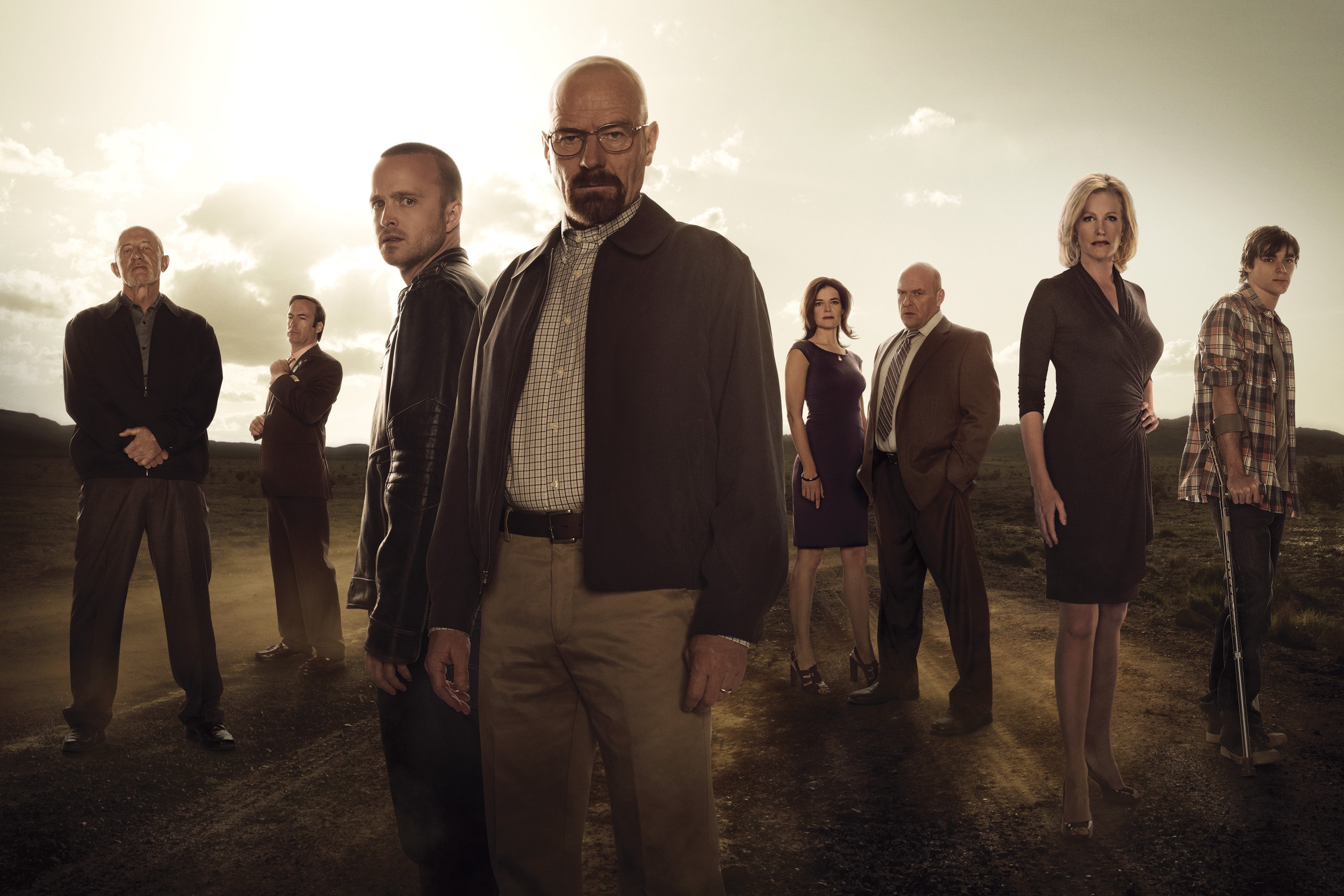 1. What does Walter Jr say veggie bacon tastes like?

2. What is chemistry the study of, according to Walt?

3. What was Jesse's original cooking moniker?

4. What was Jesse's signature ingredient?

5. Phosphine gas can be a byproduct of a botched batch of meth, what did Hank incorrectly identify this as?

6. What corporation does Lydia work for?

7. How many times has Jesse gotten a black eye?

8.What was Jesse's little brother's name?

9. What does Lydia take in her tea?

10. What was Mike's former occupation, what was his title at Pollos Hermanos?

11. Who did Jesse hire as dealers?

12. What is Marie and Skyler's maiden name?

14. What does Walt give Elliot for his birthday?

15. Where did Walt, Elliot and Gretchen meet?

17. How much money did Walt need to make before stopping? (At least the first time around)

19. Who else does Hank name while trying to figure out who W.W. is?

21. How many children did Bryan Cranston's Hal have in Malcolm in the Middle?

22. What stage was Walt when he was diagnosed with cancer?

23. What did Jesse suggest Walt do to alleviate hair loss?

24. Bryan Cranston has also appeared in what three movies since 2008?

26. What was Jane's occupation?

27. Where did Skyler get those green beans?

28. How much money did Gus donate as a reward for information on Hank's would-be assassination?

31. What instrument was Skinny Pete particularly good at playing?

34. What does Patrick Kuby do for a living off-screen?

35. What are the Vamonos Pest Control Crew supposed to address Jesse & Walt as?

36. Who wrote Ozymandias, the sonnet?

37. What other show has Vince Gilligan directed?

38. Before buying the car wash, what did Saul suggest Walt buy instead?

40. What was Hank suffering from after being promoted?

41. Where was Gus originally from?

42. What was the name of the original owner of the A! Car Wash?

44. Who takes Skyler to the hospital when she goes into labor?

45. Jesse poured what chemical onto Emilio's corpse in his bathtub?