4 Ways to Get Your Grub/Drink on this Week 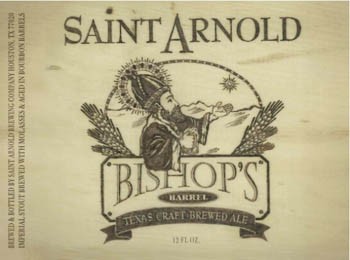 Stella Public House and Saint Arnold Brewing Company will team up for a rare flight tasting. Sample 6-ounce pours of Bishop Barrel’s No. 2, 3, 4 and 5, which are Saint Arnold brews that have been aged in different barrels; for instance, No. 2 is the Christmas Ale aged in Chardonnay barrels with cherries and No. 4 is a weizenbock aged in Woodford Reserve bourbon barrels with cocoa nibs.

The staff at Big Hops Broadway hosts an Independence Brewery Night with samples of Convict Hill Oatmeal Stout Cask and a Stash IPA. Some of you beer nerds may recall Stash made it to the Final Four of our beer bracket last year before being ousted by Guadalupe Brewing Co.’s Texas Honey Ale.

Scotch lovers, this one’s for you: Glenfiddich scotch celebrates the life of Scottish poet Robert Burns with a tasting of Glenfiddich 15, 18 and 19, and Balvenie 14 and 17 at Twin Liquors Marketplace.

Dive into the complex world of wine with this Culinary Institute of America-San Antonio introductory class. Prepare for discussions, guided tastings and a history of grape varietals. Participants will receive a copy of the CIA’s wine guide, WineWise.

What’s hotter than a cooking class? This date night offering from Sur La Table will show participants how to recreate Spanish winter dishes. The menu includes bacon-wrapped chorizo-stuffed dates, roasted fish with fennel and piquillo peppers, braised spinach and chickpeas with pimento, and a coffee flan.