Most Interesting Man in the World Named Flambeau's Grand Marshal 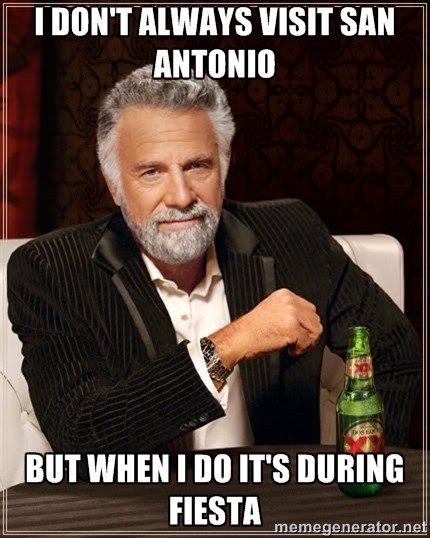 And that's the last meme we're ever creating.

The Fiesta Flambeau Parade Association announced Jonathan Goldsmith AKA Dos Equis' "Most Interesting Man in the World" as this year's Grand Marshal on April 26, along with Honorary Grand Marshals, State Senator and Lieutenant Governor candidate Leticia Van de Putte and husband Pete Van de Putte. The native New Yorker was born in 1938 is known for his time in the TV show Dallas, as well as, being ridiculously "interesting."

The Dos Equis campaign began in 2006, so we're capitalizing on this a wee bit late, no? Willow Shields and Armie Hammer (Grand Marshal for Battle of the Flowers) were at least a bit topical considering the Hunger Games movies are worldwide phenoms, and Hammer, who starred in the critically panned Ranger co-owns Bird Bakery with wife Elizabeth Chambers.