Hey, remember a few weeks ago when Cockasian came under some hot water for its saucy  name? Get those earmuffs on the kids for this next one. Texas-based pizza chain, Pizza Patrón, is now under the spotlight for an upcoming menu item which will be launched March 31, aptly named La Ch!#ngona.

La Ch!#gona pizza will include 90 slices of the brand's jalapeño-stuffed pepperonis and be topped with fresh jalapeños. Several TV and news stations have decided against airing commercials for the pizza, while NPR pulled an on-air segment on the controversial name for fear of violating FCC regulations.

Chingon derives from chingar, which can translate to fuck, sure, but the word also has other meanings, including badass and cool. The chain was trying to use commercials where patrons proved their chingon-ness in order to prove they were worthy of taking on the pie.

Pizza Patrón is on the offensive, stating they're being censored for "speaking Mexican," and have been posting rebellious videos asking their clients to explain what chingon means to them.

Here's what UrbanDictionary has to add: 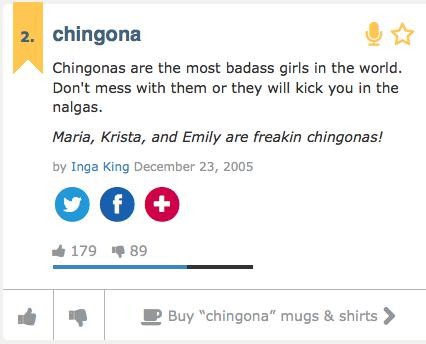 No, my muy Mexicano parents would probably not enjoy hearing their little niña (their words, not mine) say chingon or chingona, but they have been known to let it slip on occasion. Other examples of how loosey-goosey this word has become arrive via Del Castillo, a Mexican rock band that turns into Chingon when band mate Robert Rodriguez joins the lineup. And not to drag them into this, but Brooklynite has been known to serve a very delicious cocktail known as Mas Chingoni with anejo tequila, mescal, Carpano Antica and Casoni 1814 for months (while introducing a Pinche Fresa in its new spring menu).

The whole thing is downright laughable, and seems a bit too attention-seeking (brilliant marketing strategy, perhaps?) to be true. Either way, do we want to let our bleep-happy culture spill over into our food and drink? No me chinges. It'll turn into a total clustercuss.