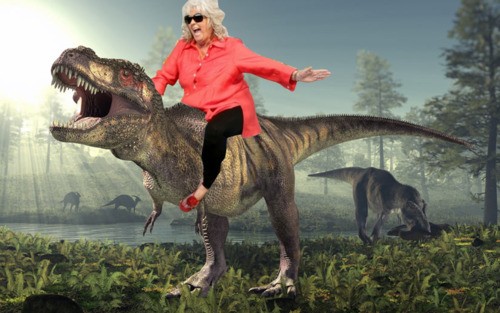 Deen will be joined by husband Michael during "Paula Deen Live," an interactive show where she'll teach the audience how to make her favorite seasonal recipes (probably not the old school ones filled with butter and cream cheese, and instead the new veggie-filled diabetes-friendly fare she's hawking nowadays). Fans will share the stage with Deen as she cooks.

She recently closed down Uncle Bubba's Seafood & Oyster House in Savannah, Georgia, and has announced plans for a new eatery in Tennessee. You may remember her from Paula's Home Cooking, and an appearance on the Today Show last year when she was let go by the Food Network after she admitted to using racial slurs in the past.