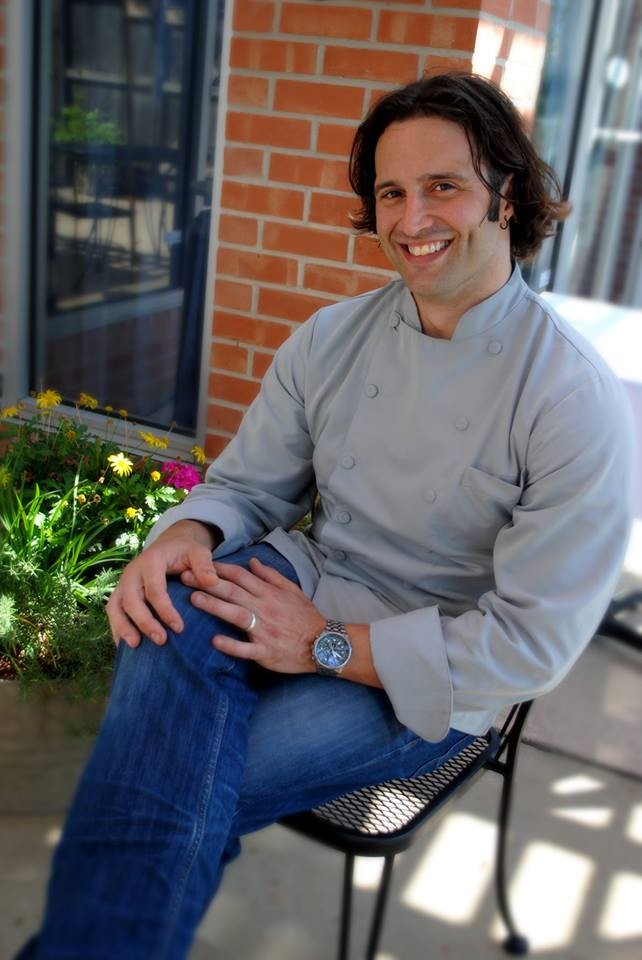 This past Sunday, Luca Della Casa, exec chef for Silo Elevated Cuisine and Nosh, was named as one of three finalists for this season's "Next Food Network Star."

Della Casa is this season's Cinderella story, after being knocked off in the early episodes and later winning his way back on the show through "Star Salvation." Now it's up to fans of Della Casa to seal the chef's fate, as viewers are asked to vote for their fave through Wednesday, August 6 at 10 central.

Vote (up to 10 times a day) at star.foodnetwork.com.

Here are just a handful of reasons to vote for Della Casa:

2. His show would focus on finding delicious Italian eats throughout the nation. There's interviews, there's cooking–what else do you need?

3. He's like the male Giada, nailing Italian pronunciation and making you feel like a hobo for ever not pronouncing it spagheTTi.

4. Did you check out that smile?

5. Did you see those dimples?

6. No, really, he's soft on the eyes and we'd start paying for cable again if he had his own show.