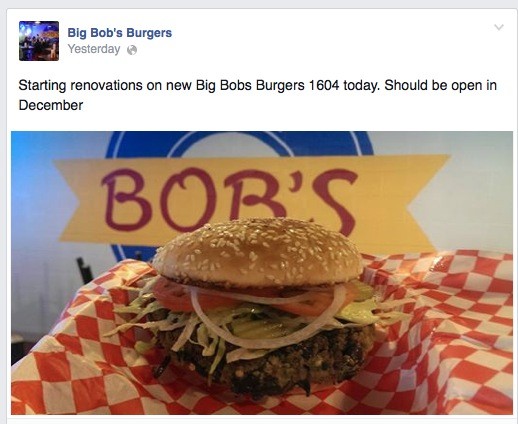 The location will sit near the intersection of 1604 and Lockhill Selma at 4553 N 1604 W, inside the shuttered San Antonio Yacht Club. While construction is already underway on the cavernous spot, which includes two stages, two bars, a patio and a playground, Riddle hopes to open by early December.

"The total seating will be just under 400, I've no idea if I'm ready for something like that," Riddle joked on the phone.

Folks can expect the same burger menu, along with the addition of cookies, shakes, ice cream and a full bar (the previous Bob's locations only serve beer and wine).