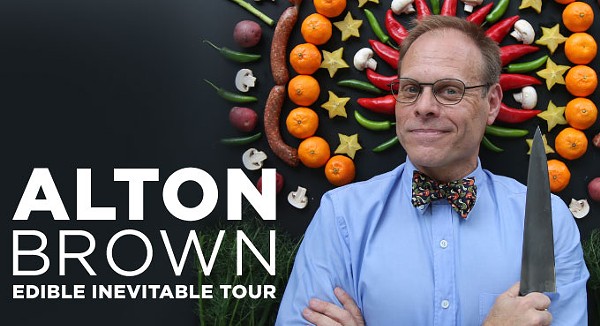 Last September we bitched about Alton Brown, everyone's favorite food nerd, skipping San Antonio while on a 40-city tour.  It was a total bummer considering SA is beefing up its food game. Maybe he was just waiting for the right venue?

Enter the Tobin Center for the Performing Arts, which hosted Christopher Kimball of America's Test Kitchen this fall, will host Brown and his The Edible Inevitable Tour on April 3, 2015. Tickets go on sale online Friday, November 14, but promo tickets are available using the code FOODIE over the phone or in person.

Brown is known for his work on Food Network's Good Eats, Iron Chef America and Next Food Network Star.