No, Jesus did not Show up on a Tortilla 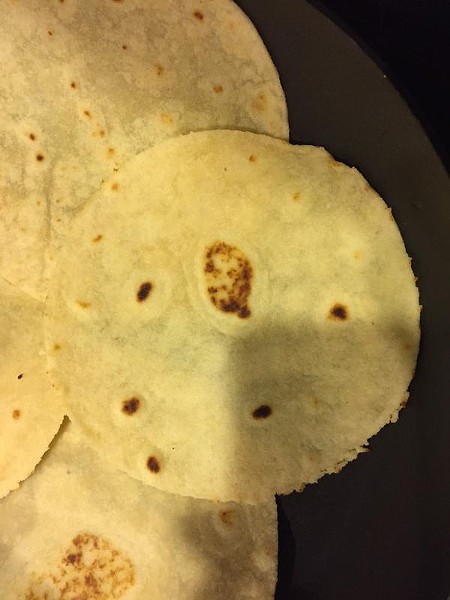 It's a Christmas miracle! A certain divine figure who has a birthday coming up is said to have made an appearance on a tortilla in Austin this morning. Andrew Key, who describes himself as an "Actor, Model and Texas Aggie" tweeted this photo of the Mexican staple with what he claims is the image of Jesus Christ. Key was really excited about it and wanted everyone to know, especially local and national media outlets alike.

.@statesman so my friend makes almond flour tortillas and I found Jesus on one this morning. Interview worthy? pic.twitter.com/Gi9e2QKqNm

There's just one problem. The photo above is of an almond flour tortilla, and the very idea of almond flour tortillas is a sin. Sin or no, media outlets did bite, Austin's KXAN did a report of the miraculous, yet sacrilegious tortilla. The Express-News also did a write up, now here we are doing our own. So congratulations, Andrew!

If you ask us, it doesn't look like Jesus at all. It just looks like a burn mark on a tortilla that we would never eat, because tortillas should be made with corn or white flour. But what do we know? We're going to hell anyway, as we've been told time and time again.