5 Ways to Get Your Drink/Grub On This Week 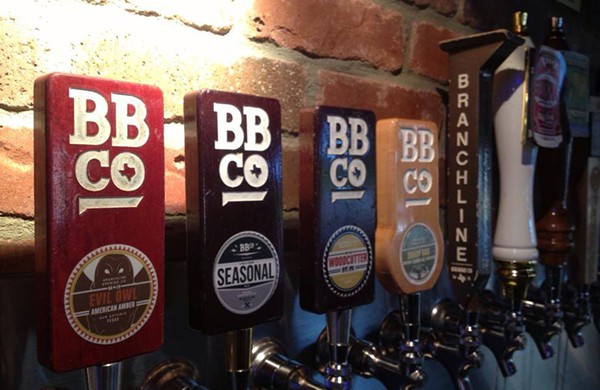 Friday, December 19: Branchline Brewing Co. takes over the taps at GS1221. Stop in, hear about their upcoming second anniversary party and mingle with other beer lovers for a chance to win passes to one of the party's three sessions. Prices vary, 4:30-7pm, 1221 Broadway, (210) 251-3184, facebook.com/BranchlineBrewing.

Saturday, December 20: Missions Untapped gets in on the ugly sweater festivities with their own Christmas shindig. Wear your goofiest ensemble and get entered in a raffle for a fancy prize basket. Free admission, 6pm, 8123 Broadway, Ste B, (210) 320-0486, missionsuntapped.com.

Sunday, December 21: Share the beer love. Open The Taps will host a bottle share and a discussion on craft brews, and the ever-changing beer laws in the Lone Star State. A portion of the night's proceeds will benefit Open The Taps. Free admission, beer prices vary, 6-9pm, 8123 Broadway, Ste B, (210) 320-0486, missionsuntapped.com.