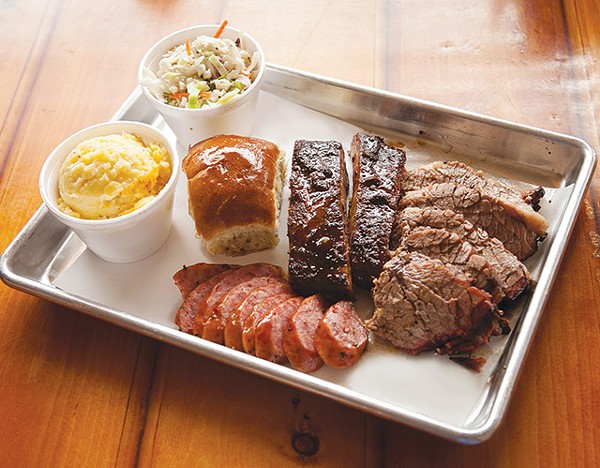 I'm not sure where I left my stretchy pants ... regardless, Meat Week, a celebration of all things meaty, beefy and smoked, returns to the city on Sunday, January 25 with a series of carnivorous events.

Planned in part by Denise Aguirre of Taps y Tapas, and other meat enthusiasts, the event is the only Texan branch of Meat Week, a national multi-city celebration of barbecue and such that began in 2005.

Details are still being firmed up for this year's events, but expect stops to include a kick off at Big Bob's Burgers 1604 (January 25); The Smoke Shack (January 26); B&D Ice House (January 27); B Daddy's BBQ (January 28); The County Line's I-10 location (January 29, with guest John Griffin); a grand opening of Dignowity Meats on Houston St. (January 30); a food truck event at Point Park & Eats (January 31); and a Meat Week Super Bowl Watch Party at Alamo Basement and Tiny Roar Creative.