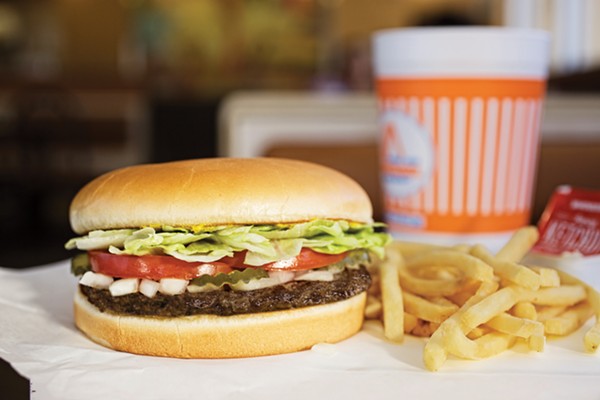 Ever wonder which state has the absolute best food in terms of fatty, greasy, drive-thru fare? Well, you’re living in it.

Thrillist has meticulously ranked every US state by its fast food options. Yes, you read that correctly. Every state has been ranked by its fast food offering, and we are the winners. We are number one, Texans.

Thrillist’s totally scientific ranking criteria included analyzing which restaurant chains originated in each state, the variety of fast food options and “presence of enviable franchises”, and the deliciousness and uniqueness of each state’s food options.

Although California, which ranks number two overall, is responsible for big chains like McDonald’s, Taco Bell, Jack in the Box, and In-N-Out, we still win. We win because we’ve gifted Taco Cabana, Golden Chick, Burger Street, and the gluttony-inducing Whataburger to the rest of the states. Clearly, we have a wide range of options to satisfy your more impatient hunger pangs — we have tacos and burgers and fried chicken down nearly every street. And hey, we even have the enviable In-N-Out here in Texas. Anything you can eat, California, we can eat more of.

Next time you feel so overwhelmed by all the fast food options we have here in town that you just can’t decide what to eat, be thankful that you don’t live in Vermont. The Green Mountain State came in last on the list, and apparently it wins “healthiest state” awards regularly. That's impressive. Perhaps Texas should try to follow Vermont's example. But that's just some food for thought, burger lovers.

Now excuse me while I enjoy my two bean and cheese tacos with a side of Whatachicken.