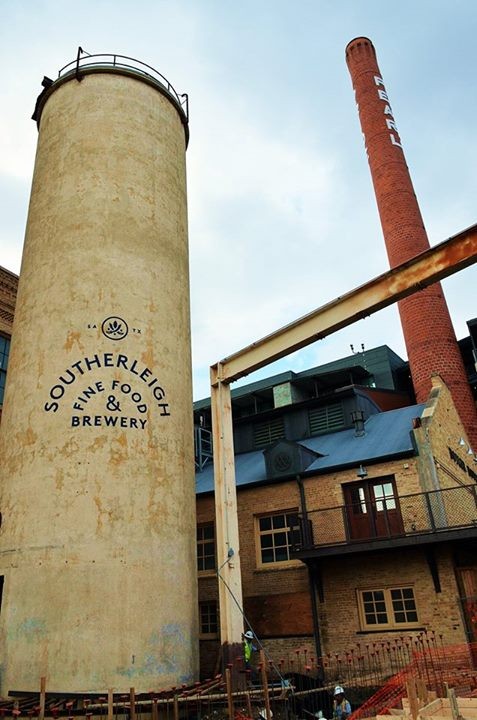 We won't have to wait much longer to chow down on some serious seafood via chef Jeff Balfour's new project at the Pearl Complex — Southerleigh Fine Food & Brewery (136 E. Grayson, Suite 120) is gunning for a mid-March opening.

The Current chatted with Balfour about the new eatery, which was announced in October 2013. According to Balfour, the brewpub will employ upwards of 40 staff members inside the 7,900-plus space, where Balfour and general manager Philippe Place (La Mansion del Rio on the River Walk, Coco Chocolate Lounge & Bistro and most recently Sustenio) will dole out coastal food faves from Balfour's early years growing up in Galveston.

Brewer William Les Locke, formerly with Branchine Brewing Co. helms the brew tanks of what will be the tenth largest brewpub in the U.S. once they really get going. Their production for the first year will be around 1,800 barrels, though Southerleigh will eventually max out at 4,000 barrels.

Diners can look forward to South Texas bites (Balfour is working on a chicken fried steak), mussels fired up in copper pots inside the eatery's wood oven and Southern comfort faves with an elevated twist. On the beer side of things, bottling will be held off until the restaurant is off the ground, but beer lovers will be able to take their choice of brew home in 32- and 64-ounce growlers.

Keep tabs on Southerleigh's progress and actual opening date by following their Facebook.