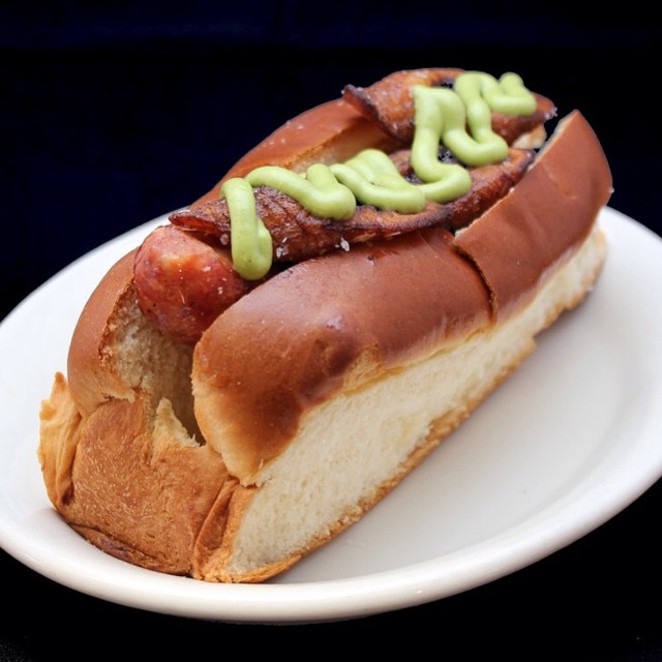 Aside from lining up veritable throwback group of artists to come jam SA's faces off this coming April 10 and 11, Maverick Music Festival has rounded up two buzzed-about and still unopened eateries to feed VIP bad holders.

Don't get them twisted – Francis Bogside Tavern is the newest project via bar mogul (I'd say four very successful bars makes anyone a mogul) Steve Mahoney, who's teaming up with chef Chris Carlson (formerly of Il Sogno and most recently Sandbar) in opening this new tavern in King William.

Frank, on the other hand, comes straight outta Austin, as proprietor Daniel Northcutt moves the funky fresh franken-creations into the old Casbeers at the Church on South Alamo. Expect sausage-filled buns, beers and cocktails once they open later this spring.