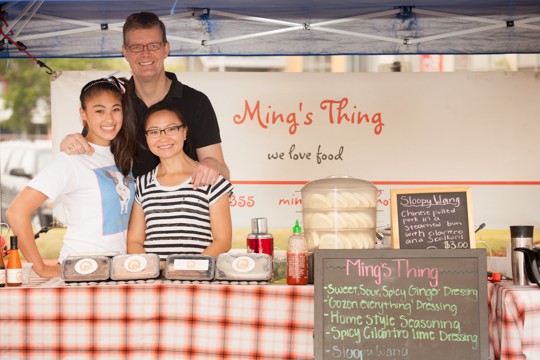 The Yard has released a statement on their official Facebook page.


To all of our loyal customers, market members and followers,

This past week has been truly challenging for us as we continue the fight to bring locally grown foods and sustainablity to the San Antonio community.

An unfortunate exchange took place after last Sunday's market, which we deeply regret. Although it was an isolated incident between long-time business associates and dear friends, the brief altercation has been exaggerated and manipulated in the media.

From a personal and business disagreement, sadly, this has the potential to have negative impact on the market members who have had no part in this situation.

We personally have many friends and associates from all ethnicities and wholeheartedly embrace cultural diversity. We lived in Mexico for over five years and have traveled extensively in many countries not as tourists, but as cultural travelers and very much respect the differences and celebrate our commonalities.

We greatly appreciate all of the support we have received for the market in this difficult situation. As for the future of our farmers market, we are evaluating at this point and ask for your continued support and patience.

Drama! On the Lord's Day no less! There is turmoil at the farmers market world. Long story short, The San Antonio Express-News is reporting The Yard Farmers and Ranchers market, which has been only been open since December, will close after a dispute involving racial slurs between the market's owners and one of its vendors last Sunday.

Owners Heather Hunter and F. David Lent were involved in a heated argument last weekend with the owners of Ming's Thing after they were told the food truck was leaving The Yard for the Pearl Farmers Market. Pearl, as you may know, will host a farmers market on Sundays in addition to their popular Saturday market starting this weekend. The notice took a turn for the awful and quickly evolved into racially-tinged fracas.

"He called my wife 'a (expletive) gook,' and called me a '(expletive)' ball-less German Nazi," said Ming's Thing co-owner Hinnerk von Bargen to the Express-News.

That is so not cool.

The Yard Famers and Ranchers market used to be The Quarry Farmers and Ranchers Market, but the lease was terminated by Quarry Market owners, officially because of problems with parking and crowds that impacted their brick and mortar businesses. However, Lent did not resist taking a shot at his former landlords when teasing the move to The Yard.

With the pending closing of the The Yard famers market — a 90-day notice was given, but chances are the food sellers will roll out much sooner — a number of vendors are left without a Sunday home. Several other have left in solidarity with Ming's Things, citing Lent and Hunter's grossly unprofessional behavior.

We'll keep you informed with updates about where vendors will end up. The Yard Farmers Market tenents CrepeLandia, Peaceful Pork and Katie's Jar have already announced they are vacating, as well as the owners of LocaVore.