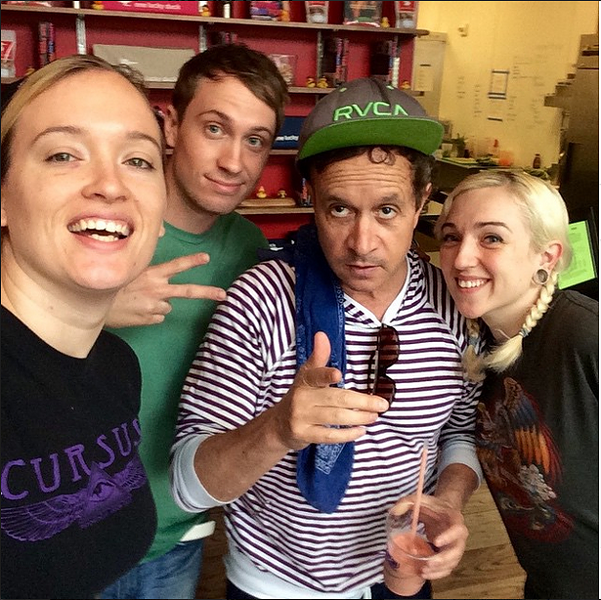 Pauly Shore, ye of Encino Man, Bio-Dome, Son In Law and In The Army Now fame, visited the Pearl's Local Coffee and One Lucky Duck this weekend after his River Center Comedy Club shows on Friday and Saturday.

The 47-year-old (if he's 47, then I was a zygote when Encino Man was released) comedic actor was wheezin' the juice, or shake in this case, since he ordered a Strawberry Blonde. Shore sort of hit on one of the staff members (natch) and then asked for gym recommendations (so L.A. of him) before going on his way, according to the crew.

Shore also asked his Twitter followers where to score some Tex-Mex, but got some rather chafa suggestions. Would Tex-Mex fall under the "meat" group or the "veg" group?