7 Ways To Get Your Drink/Grub On This Week 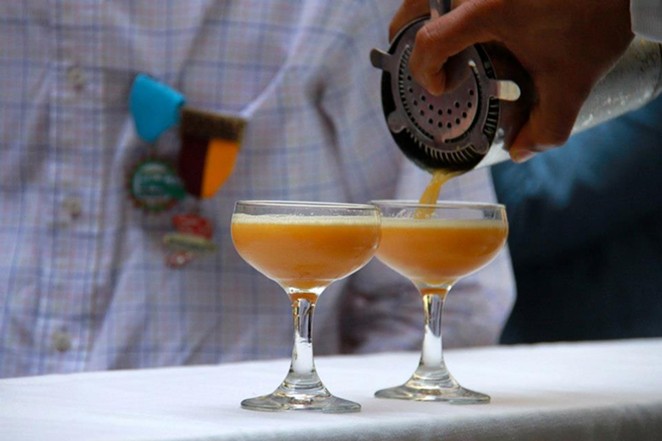 Saturday, April 11: Bring your own cup to 7-Elevens across San Antonio and fill it up with frosty Slurpees for just $1.49. The only catch is your container, be it a hat, or a small bucket, has to fit inside a 10-inch cut out next to the Slurpee machines. 11am-7pm, 7-Elevens everywhere, 7-eleven.com.

Monday, April 13: Texas Monthly will team up two SA chefs for their next Fire & Smoke installment. Jason Dady will come in as celebrity pitmaster while Stefan Bowers of Feast will serve as celebrity chef and host. Executive editor Patricia Sharpe and TMBBQ editor Daniel Vaughn will join for this multi-course dinner. $150, 5-9pm, 1024 S. Alamo, tmbbq.com/events/fire-smoke.

Tuesday, April 14: Bohanan's and Centro San Antonio will host a casual party where they'll release this year's Fiesta medals and you'll get a chance to meet this year's Downtown Fiesta royalty.. Stop in for bites and a $10 Rosso Corsa, the 2015 San Antonio Cocktail Conference cocktail; a portion of the proceeds of the cocktail will benefit Houston Street Charities and Centro San Antonio. Free admission, 5:30-7:30pm, 219 E. Houston, facebook.com/Bohanans.

Wednesday, April 15: The dudes at TBA generally love to party. So after a pretty successful Yacht Rock shindig, they're sticking to their penchant for soft rock with a King of Prog party, an open forum where we'll finally settle who's better: Phil Collins or Peter Gabriel. The night will also include a chance to chow down on pizza via Halston Connella, who will whip up a bangers and mash pizza and a beef wellington iteration. No cover, 8pm, 2801 N. St. Mary's, (210) 320-1753, facebook.com/tbasatx.