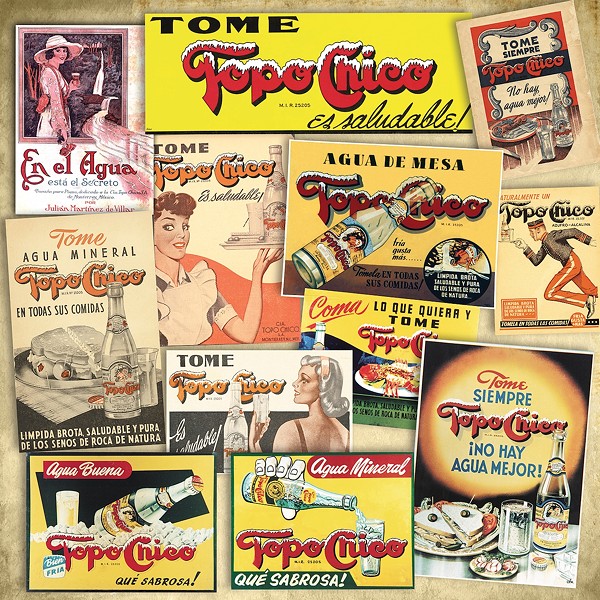 Used most commonly in Texas for resaca-cures and cocktail medleys, that Topo Chico you're drinking has a long and storied history hiding under all its bubbles. The company began in 1895, sourced down the road in Monterrey, Mexico. Bottled at the base of the Cerro del Topo Chico, Topo survived the impossible business climate of the Mexican Civil War, eventually becoming the first bottler for Coke in Mexico.

But the origin myth and the logo icon date back to the 15th Century, under the reign of the fifth Aztec Emperor, Moctezuma I (his namesake Moctezuma II, would see the arrival of the Spanish and the fall of the empire a century later). When Moctezuma's daughter fell terribly ill, Tenochtitlan's priests recommended the girl visit a bubbling, warm spring to the north. After drinking the mountain waters of Topo Chico, the girl was cured.

Though the story may be shrouded in myth, the health benefits live in reality. As a mineral water, Topo Chico contains magnesium, potassium and manganese, helping with digestion, kidney function and bone metabolism. So, next time you're sipping on the effervescent bev, go ahead and imagine yourself as an Aztecan princess. Maybe it'll help with the hangover.