New Eats At NAO, Sandos At The Last Word And An Upcoming Wine Dinner 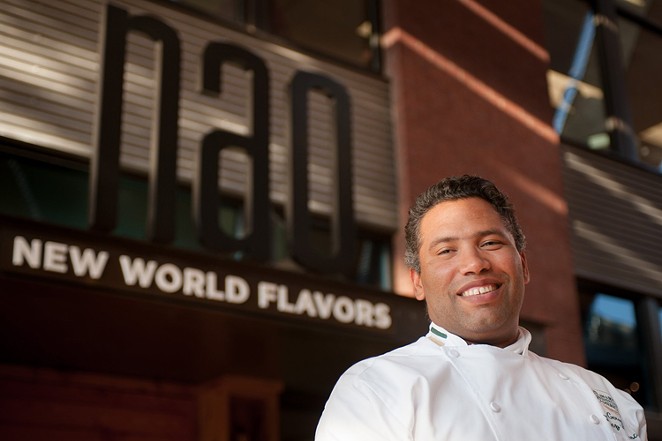 On Tuesday, June 16 Nao Restaurant (312 Pearl Pkwy., 210-554-6484) launched its "Contemporary Flavors of Coahuila" menu. The restaurant, which specializes in celebrating the culture and cuisines of Latin America, will feature the new menu until Friday, July 24.

While the offer lasts, Chef Geronimo Lopez will be serving a three-course menu for only $42. The dinner will begin with the choice of either panela a la plancha or fideo con carne seca. For the second course of the dinner, the guest will have the choice between tacos de cabrito, house-made flour tortillas stuffed with fire-roasted cabrito, refried pinto beans, green salsa, and avocado; or asado de puerco. The second options consists of grilled pork chop with orange adobo, tamal colado, and fresh cheese. The finish off the meal with a desert that includes a quince past and walnut sweet bread served with cajeta ice cream.

Over the course of the next six-weeks, along with the new menu, Nao Restaurant will also feature a new signature cocktail. The Zaragoza is a concoction of Sotol, prickly pear, orange, and lime juice, and blends perfectly with the new menu.

Nao isn't the only venue making additions to its menu this week. Chef Lorenzo Morales from The Last Word (229 E. Houston St., 210-314-1285) will celebrate San Antonio's pressed sandwich history by adding four new sandwiches to the daily menu. Between 4 p.m. and 2 a.m. guests can purchase from sandwiches that include the Mexican Cuban, Southside Grilled Cheese, The Veggie, and Fluffer Nutter.

Speaking of new menus, Sustenio at the Eilan Hotel & Spa (17103 La Cantera Pkwy., 210-598-2950) will be hosting an experimental dinner on Saturday, June 27. The dinner will cost $55 per person and feature Texas wines, including those from Pedernales Cellars and Texas Hills Vineyards.