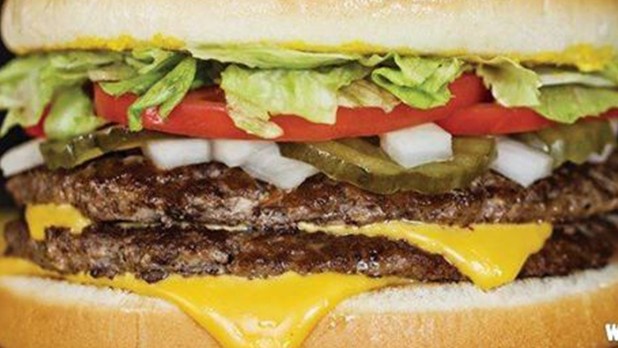 In an age where Donald "They're All Rapists" Trump is leading in national polls, it's reassuring to know that democracy still works sometimes.

How do we know? Because Whataburger was named the best burger in America in a bracket-style poll issued by Fast Company.

We can talk about how the bracket picked eight chains each from the East and West Coast, South and Midwest, or question why in the hell Wendy's and McDonalds were on the bracket to begin with, but the poll's conclusion is correct. Whataburger is the best fast food burger (until you bring Freddy's into the mix.)

Here's the bracket. Read more about the contest with the correct winner here. 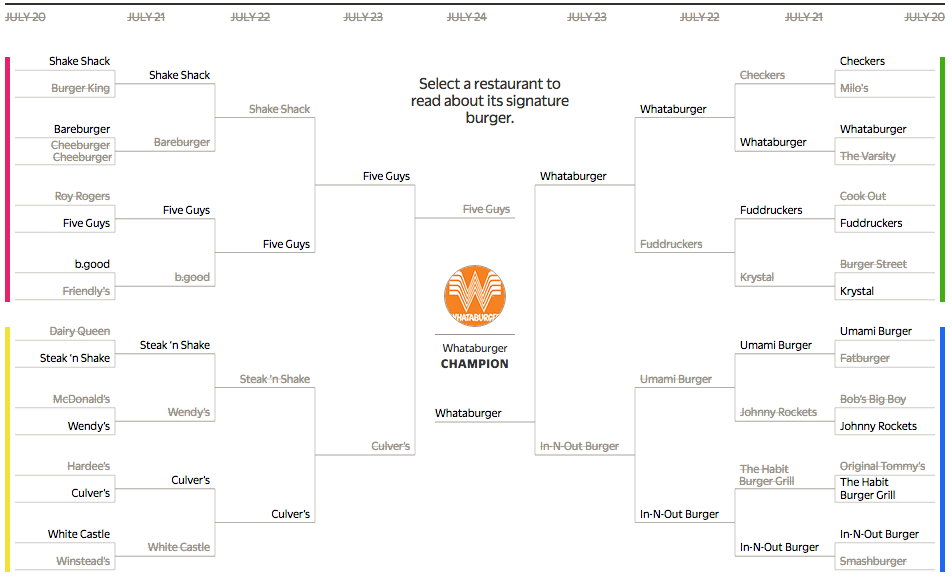