Tickets On Sale For Untapped Festival in November 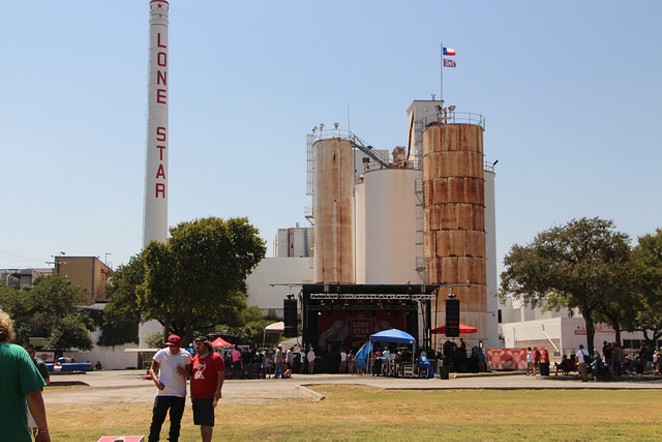 Untapped Festival stopped being a tease and finally announced a date, place and lineup for its inaugural San Anto bash.

Pre-sale tickets for the November 21 festival at the Lone Star Brewery (600 Lone Star Blvd.) are on sale now, so if you're a fan of Metric, Tokyo Police Club, GZA, Saint Motel and Nina Diaz, you may as well cough up the dough.

The festival, which heads to Dallas on November 7, changes bands in each city. The lineup for the Dallas show includes The Flaming Lips as headliners, along with Dr. Dog, Cloud Nothings and Elle King; Houston's September 12 show includes Cold War Kids and Deer Tick, while Austin's show, which went down on April 18 featured Manchester Orchestra as headlining act.

Other acts joining the SA fest include Mariachi Nuevo Estilo, King Pelican, Ellis Redon and Los Cajelleros De San Anto. Pre-sale tickets start at $26 for concert admission at 3:30 p.m.; $33 for a beer package with 12 2-ounce samples; and $55 for a preferred tasting package that features early tasting access at 2:30 p.m. and 12 2-ounce samples. Tickets can be purchased at untapped-festival.com.