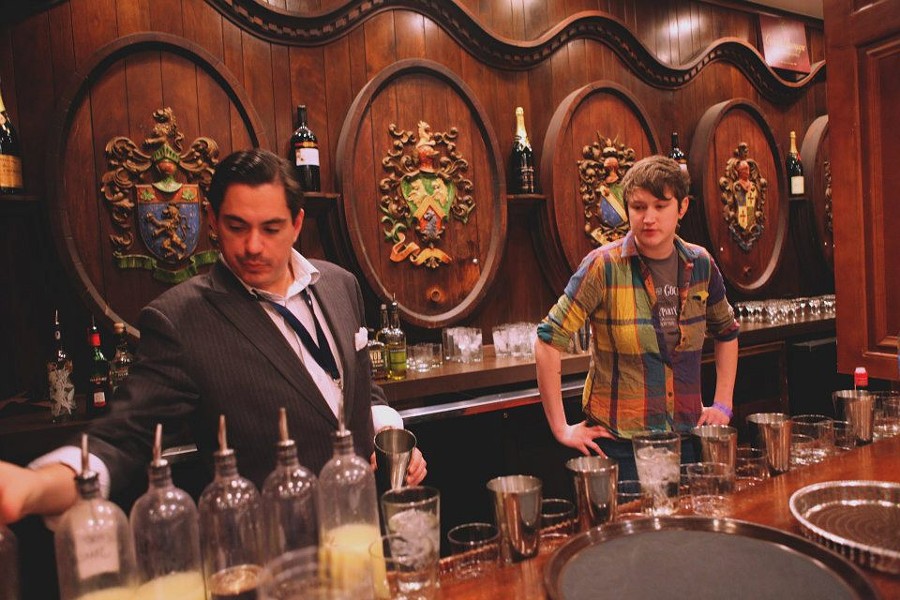 We could sit here and argue over who's got the better Manhattan in town, but none of it would be possible without Sasha Petraske, 42. The man behind New York City's Milk & Honey was found dead on Friday in Hudson, New York according to The New York Times. He was also responsible for developing the Bohanan's Bar concept along with chef-owner Mark Bohanan and general manager Scott Becker, and later helped co-create the San Antonio Cocktail Conference, a growing nonprofit that hosts seminars, cocktail parties and more every January since 2012.

Mark Bohanan shared a note via email statement: "Our Bohanan's family is grieving today on the passing of our friend and colleague, Sasha Petraske. Sasha has been more than a consultant to our bar staff, he has been an inspiration and friend to all of us. He made his love for his craft a part of everything he did, and what we do here will always be in large part influenced by his coaching and his enthusiasm. Our thoughts and prayers are with Sasha's wife, Georgette, and his family and friends in New York and all over the world."

"We all have suffered a terrible loss today. Sasha was our mentor, our teacher, our colleague - and most of all or friend and he will always be at the heart of the San Antonio Cocktail Conference. It was his passion for the craft that helped birth this project and so many of the things that came from it and he was, and will always be, part of our San Antonio family."

Petraske, a bar consultant who worked across the nation taking service wells back to pre-Prohibition basics, will be missed. To put it into perspective, a sizable chunk of SA's craft bartenders either trained or worked under Petraske. Paramour, Juniper Tar, H&C Ice, and plenty more couldn't be possible without his influence on the city.

You can read more about Petraske's passing here.