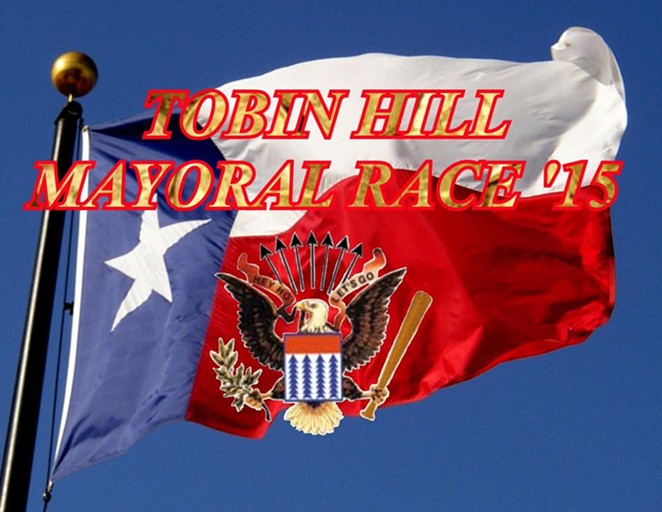 (Note: The headline is clearly a joke...we hope.)

Did you know there's an unofficial mayor of Tobin Hill? Did you know this position is now a hotly contested ticket with five — count them, five — candidates vying for this mostly fake seat?

Yeah, that's a thing now, and it's being paired with multiple debates, the first of which will take place on Tuesday, September 1 at TBA at 10:35 p.m. Another will follow in October with voting taking place in November. Don't worry the mudslinging already parallels and exceeds that of a "real" campaign.

The contestants er- candidates, are running on ridiculously named parties and platforms, promising more cats, less hair, more buttstuff, more goth pouting, what have you....and have already appeared on KRTU's Live and Local show this past Thursday. You can listen to that mayhem, here: KRTU 91.7 Playback under Live & Local.