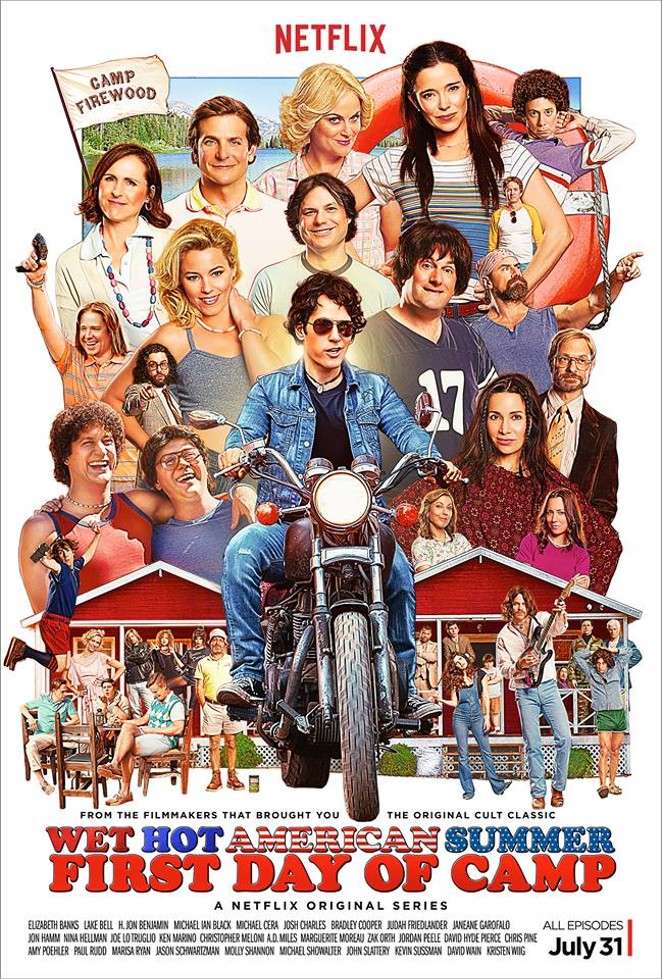 Summer 2015 was so good to us and gave us a resurrection of Wet Hot American Summer. The cult classic was released in 2001 and was a total doozy when it hit the box office. Nearly a decade later, Michael Showalter, who also stars in the series as Alan Shemper and Ronald Reagan, and David Wain wrote and directed a prequel so we could see a revival of the characters we once beloved.

Wet Hot American Summer: First Day Of Camp takes place weeks prior to the actual movie. At Camp Firewood, there's the theatre duo, Susie and Ben, played by Amy Poehler and Bradley Cooper, and then there's the egocentric-motorcycle riding guy who every girl loves, Andy, played by the man who never ages, Paul Rudd.

Seeing this 40+ year old cast reprise their roles as teenagers, is one of the things that makes it ten times more comedic. Set in the early 80's, this eight episode Netflix original condenses stories that would typically be longer than one day. With each character having a different plot line and a rival camp across the lake, Camp Tigerclaw, they all come together for the neon crazed and spandex based talent show at the end of the day. One of the most absurd story lines has to be that of Xenstar versus. Camp Firewood. Basically we figure out that Mitch, played by H. Jon Benjamin who also voices Bob on Bob's Burgers, is turned into a can of vegetables by falling into a pile of toxic waste dumped by Xenstar in the woods right behind the camp. This crazy plot line gets the president at the time, Ronald Reagan, involved and they have to scurry their minds together in order to save camp from destruction. 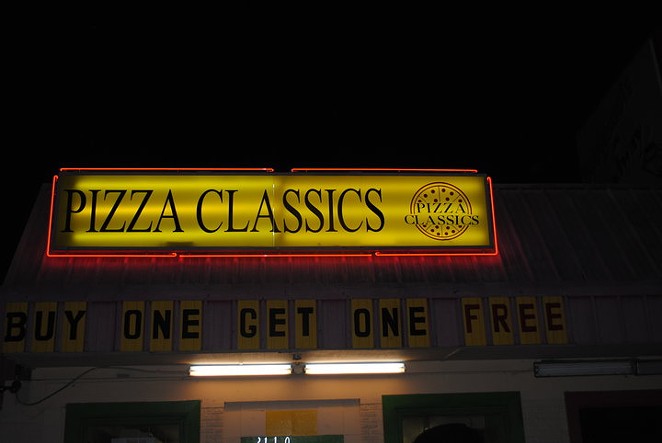 With only eight episodes, you surely can have a Labor Day weekend marathon reminiscing over summer with Wet Hot and pizza from the classiest of all pizza hubs, Pizza Classics (2110 Broadway St.). Not only do they deliver until 2:30 in the morning, they have a carryout deal where if you order one, you get one free. So this is definitely the place to order from if you have an 11 p.m. craving for pizza. Of course like any true pizzeria would, they offer pastas, calzones, and even BLT's. Located near The Pearl, you can contact them at (210) 225-3355. With Pizza Classics having psychedelic pies and prices you can't beat, they will make a great pairing to any TV marathon you're watching.