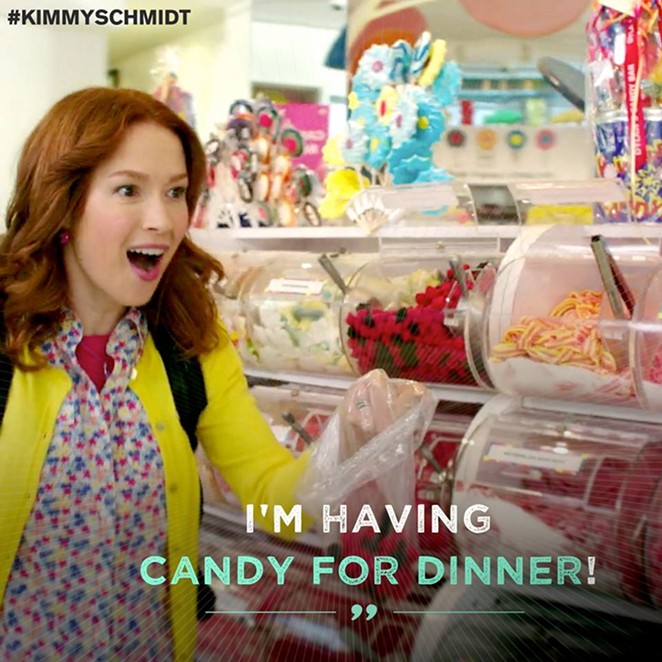 "Hey, do you want to party with us? Are you into Molly?"
"Am I?! She's my favorite American Girl doll!"

If you haven't watched Unbreakable Kimmy Schmidt, who are you? Writers Tina Fey and Robert Carlock, the masterminds behind 30 Rock, originally pitched this idea to NBC but the Peacock quickly nixed it. Boy did they miss out because it would have easily been the funniest show on air. Unbreakable Kimmy Schmidt found a home on Netflix earlier this year and we can thank the comedy Gods that it did.

Ellie Kemper stars as Kimmy Schmidt, one of the three women who has been kept in a bunker for two decades by a crazy apocalypse-minded cult leader played by Jon Hamm. After being rescued, Kimmy is all smiles and ready to take on the world in New York! So yes, you can say she is "unbreakable". She quickly meets socialite Jacqueline Voorhes who is desperate for toe surgery because "toes are the new butts," played by Jane Krakowski (who still hasn't won an Emmy, which is very frustrating), and hires her as a nanny on the spot even though Kimmy has no work experience and has been kept in a bunker for the past two decades by some wacko.

Unbreakable Kimmy Schmidt is full of comedy writers who soak in the reality around them and satirize it to the max and put it on the Internet for us to glob over. Season two is in the works as we speak. 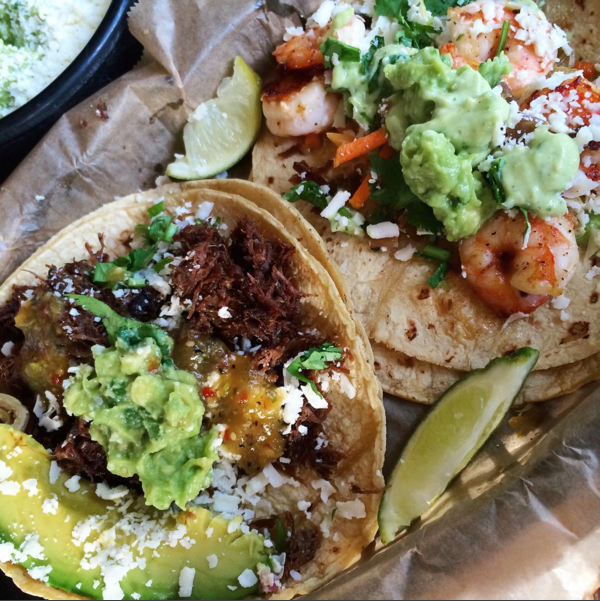 Torchy's Tacos (999 E. Basse Road, 210-824-1603) finally made it's way over to town and San Antonian's have been gleaming over its location at Lincoln Heights. In their own words, they've got "Damn Good Tacos" for everyone to salivate over.

This months taco of the month, dubbed "The Scarecrow," is inspired by the holiday season with a flour tortilla full of pumpkin seed breaded chicken tenders, roasted poblano peppers and topped with queso fresco, fresh cilantro and their signature creamy chipotle ranch. They have all your taco cravings whether it be fried avocado or smoked beef brisket topped with onions, jalapeños and jack cheese. Not only do they have tacos, but enjoy a deep fried chocolate chip cookie dusted with powdered sugar and cherries, or a lil' nookie as Torchy's calls them, to mellow out the night.