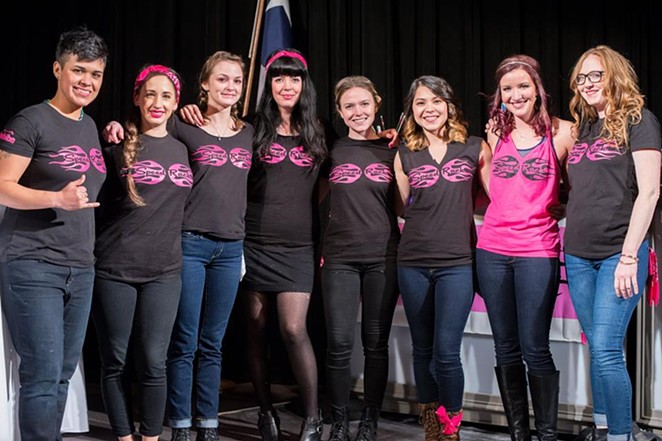 Tuesday night's Speed Rack competition was hella fun, but our San Antonio ladies didn't make the cut for a trip to the finals this May 22 in New York City. Barbaro's Elisabeth Forsythe lost to Madelyn Kay of Vox Table in the finals round after going head-to-head with Esquire Tavern's Hillary Woodhouse in the semifinals, and co-worker Janessa Flowers in the first round.

But this doesn't have to be the end for either of the San Antonio participants. Speed Rack has a Wildcard option, in which the seven remaining contestants duke it out online through public voting for a trip to NYC.

Forsythe is in the lead currently, just edging out Houston's Elyse Blechman (formerly with the Boulevardier Group). Speed Rack rules dictate the public can "Vote once a day until midnight on Saturday, January 16 CST. The judges have selected a wildcard competitor and this competitor will receive a bonus equal to half of her votes received during the voting process."