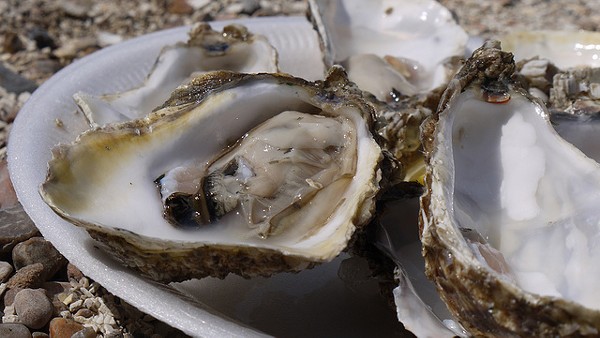 Eating oysters and drinking beer just makes you feel better about yourself, and your life. So imagine the feeling of doing so while doing good for other people. Well, have we got an event for you.

With Fiesta Cornyation just a week away, the Court of Hungry Steers, Cool Queers and Sudsy Beers will serve up freshly shucked oysters and cold beer at 402 Mission Street in Southtown on Tuesday, April 13 from 6 to 8 p.m.

There's a suggested donation of $20, which will benefit Cornyation — the annual skit-based send-up of news, pop culture and of course the pomp and circumstance of other Fiesta events. The event raises money for AIDS- and HIV-related charities such as the San Antonio AIDS Foundation, Beat AIDS and Help, Action, Care.

Michael Bobo and Wayne Beers, owners of W.D. Deli will preside over Cornyation as this year's Kings Anchovy — the first time a gay couple has ever worn the crown(s). Check back here tomorrow for an interview with them in tomorrow's CurrentCast.

Cornyation runs from Tuesday, April 19 through Thursday, April 21. There will be two shows each night: 7:30 p.m. and 10 p.m. Tickets are available here.