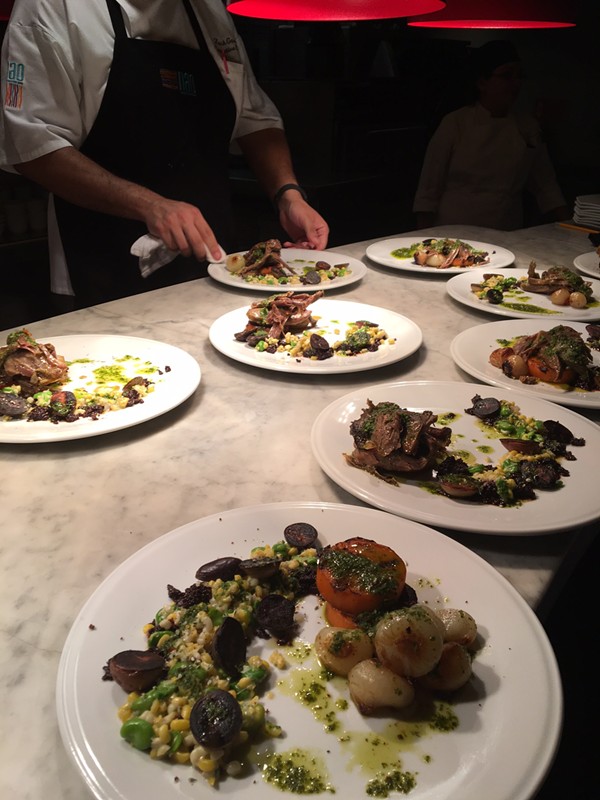 A capacity crowd turned out on Friday night to help our local Culinary Institute of America turn 10 with a six-course dinner at Nao Latin Gastro Bar, the culinary institution’s flagship teaching restaurant. There were introductions, explanations (though none for the ponderous new name of the restaurant) … and it was all in good fun as MC’d by Fernando Salazar, the new Managing Director of the local campus, recruited back to San Antonio from a globe-trotting career in hotel management. We also learned that Nao is now being pronounced nah-oh, not the nay-oh of yore.

And we learned that the CIA’s alumni, six of whom were responsible for the dinner (and four of whom were women), can cook. What they cooked, however, wasn’t meant to be representative of the current menu format at Nao, for along with the name change came a change in direction: No longer would the cuisine switch every six weeks or so among Latin American countries or regions. I’m looking at an old menu from 2013, and though there were some dishes from all over Latin America, the focus was on Oaxaca with, of course, moles at the heart of it all. For the culinary Indiana Jones crowd, this kept things exciting. For the general public, there might have been some confusion.

Today’s menus aren’t even at pains to indicate country of origin. If you dig down, you can figure out that a couple of the ceviches, for example, must be Peruvian, if only for the corn nut garnish; filled arepas are likely to have been inspired by Colombia or Venezuela; beef tongue “pot roast” sounds Brazilian due to its use of dende oil, coconut milk and farofa … Change is more likely to come as a result of seasonal swing. The variety on Friday night came about as a result of personal vision, then, not geographic imperatives.

And there were some real standouts. Shelly Grieshaber, the original director in the days before the CIA was dragged, kicking and screaming, into the program by dint of Kit Goldsbury’s determination and dollars, launched the evening with a spunky tostadita topped with beef tartare, pickled vegetables, quail egg and a spicy guacamole. 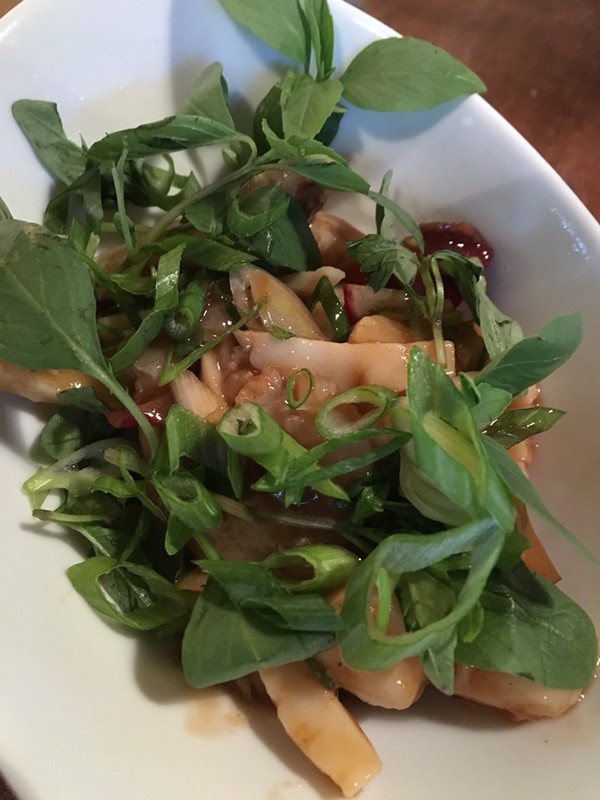 Her dish was followed by Nao executive chef Zach Garza’s, ceviche mixto, a plate he says was inspired by Ecuadorian models, but one he surely tweaked with a savory marinade that included black garlic and orange juice. 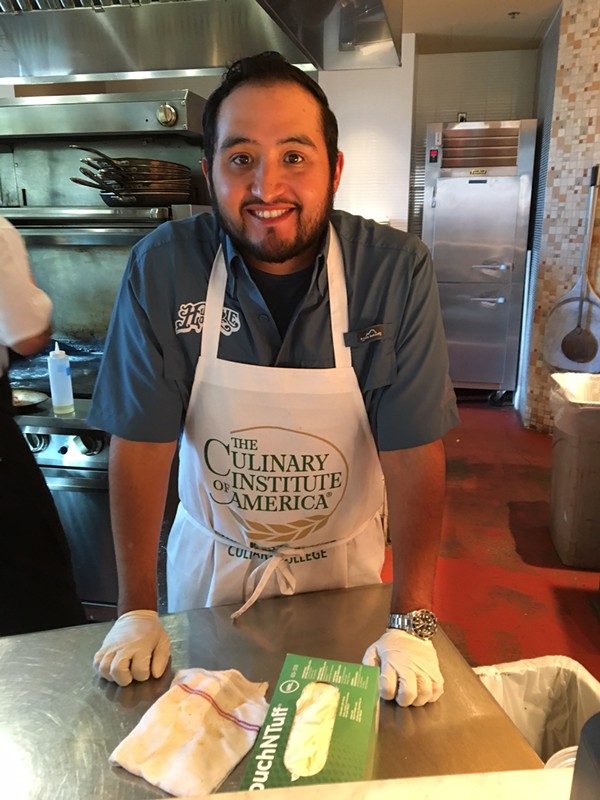 Pride of plate was accorded to Luis Morales (’07), chef and owner of Humble House Foods, and his main course Pachamanca centered on perfectly roasted and tender goat with a bright chimichurri and a beet-based vegetable “soil.”

A revelatory selection of three cheeses, made locally by Susan Rigg (’08) of River Whey Creamery, followed. Wine, including a deep and brooding tannat from Uruguay and a pretty, late-harvest torrontés from Argentina, accompanied the courses.

If Chef Garza, a local boy who graduated in ’09, can keep this kind of synergy going with students on a regular basis then Nao will be worth returning to frequently — even if you aren’t told that your ceviche came from Guayaquil.