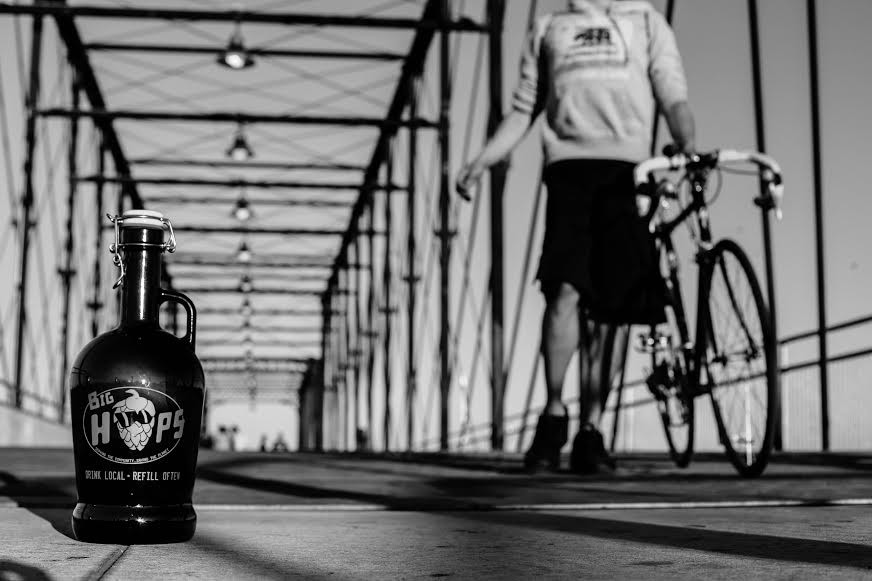 The fine folks at Big Hops Growler Exchange truly understand the mindset of the beer fan. Their three locations in town are hot spots for beer aficionados, offering the best that craft beer has to offer. But that’s not all. Yes, they know people love the beer and are deeply devoted to the glory that is the refillable growler. They get all that and they get you, the beer drinker even more and they are showing it with their special event coming up on Thursday, June 30.

The first-ever Beer Glass Swap will be held at Big Hops newest location, Big Hops The Bridge (306 Austin St., Ste. 101). Most craft beer fans—or just beer fans in general—have accumulated a large number of beer glasses over the years. It’s just kind of what happens when you go to events, tastings, breweries, etc. And, consequentially, most people have more of these glasses than they know what to do with.

“Basically, this event started with me and my collecting beer glasses,” said Manager Ashley O'Dell. “I have about 200 beer glasses all together, which is a little insane!” O'Dell had one of those proverbial “a ha moments” and realized there had to be more people like her both in the beer industry and just as fans of the delicious stuff who were in the same predicament. So, she hit upon a great idea of how to handle the problem.

“I thought, we should have a get together where we get everybody to bring in all their beer glasses and either sell them or trade them or whatever. If someone wants to just give theirs away no questions asked, fine. So, that's how this event was born.”

For those, like O'Dell who have accumulated massive amounts of drinking hardware, this event will be for you. For those who want to trade, acquire or hoard more drinking accoutrement, this event is for you. Or, if you're just a regular at Big Hops or are looking for a way to spend a nice Thursday evening in the Alamo City (from 7:00pm till midnight), again,this event is for you.

“We will have some drink specials going on and probably tap something special for the evening,” O'Dell said.

Big Hops will have some tables set up for those who want to display their glassware; however, if you're a collector of epic proportions and looking to liquidate your inventory, you are encouraged to bring your own table. They also will have boxes available to lug away the evening's prizes/new souvenir drinking glasses.

The popular Texas Fusion food truck will also be on had and will be serving up their signature chicken and waffles the entire evening. So come, eat, drink, trade and be merry!