Sensory overload is real, and my latest installment of it was this morning during Jimmy Bufffett's Margaritaville San Antonio (849 E. Commerce St.) grand opening. At 10 a.m. at least 200 fans of either margaritas, Margaritaville or the dude that penned the song all crowded a small podium that introduced the new eatery to the city. It joins 23 other Margaritavilles across the globe.

Here's a few rapid-fire thoughts I had during my time there:

6. Did that guy really just compare Margaritaville to a UNESCO World Heritage site?
7. Oh, wow. People love day drinking. These are my people.

12. A massive blender lit with lime green fixtures will lure the hot and sticky masses.
13. The menu isn't as big as I would have thought it would be and has the classics: burgers, nachos, apps, tons of drinks that double as dessert. 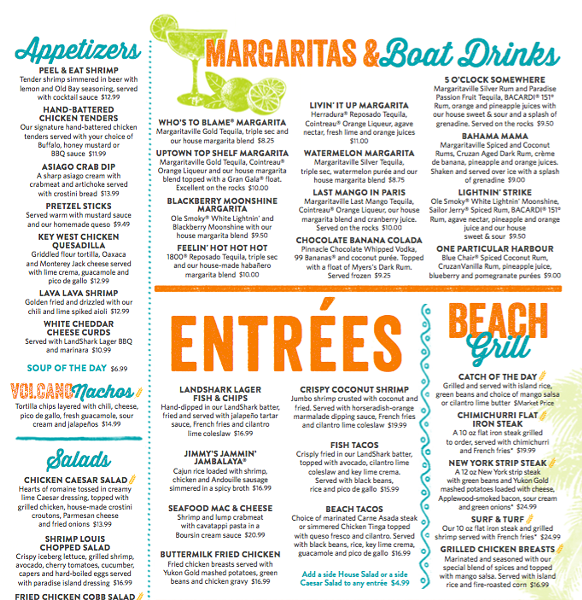 14. This is a ridiculously jazzed staff.
15. "Margaritaville" hasn't played once. But we've listened to plenty of country and the space will feature live music on the patio and indoors nightly.

16. The restaurant portion is massive and seats about 315.
17. What are Parrot Heads? Why are they carrying around staffs bedecked with wooden parrots? Did you know there's a San Antonio chapter of the Parrot Head Club? Where is everyone getting these shirts? There's a retail shop upstairs, by the way, in case you need to get some merch.
18. The floor is LAVA! Just kidding, it's a funky water print, and it gave me a bit of vertigo ... Also, I don't know how to swim so there's that.

19. The few sips of Chocolate Banana Colada were worth it. It's dessert in a cup.
20. Do I have to go back to work?